Yin-Yang is Pejac’s 1st diptych limited edition print, created after one of the most popular drawings from his latest show in Paris last year, which artist recreated in larger scale especially for this release. Putting the focus on one of his closest and most recurring themes – global warming and climate change, the artist’s studio teamed up with Avant Arte to further help raise the awareness and funds for NGO activity working with this matter.

On July 2nd at 6pm (CEST), Avant Arte pre-released an edition of 10 hand-embellished impressions, with 75% of the proceeds going to Save the Med, an NGO working with Mediterranean marine ecosystems. One day later, on July 3rd at 6pm (CEST), Pejac will offered the official edition’s 90 examples of the diptych through his webpage.

Taking the archetypal image of an Inuit man fishing through a hole in thick ice as an example of the fragility of the environment but also the adaptability of humans, Pejac composed a worrying “before and after” storyline with this striking work. By reversing the image’s content and placing the subject on a solitary block of ice floating on water, he managed to sum up the extent of the crisis that humanity is facing, transforming the relationship between the key elements into the structure of a universally recognised symbol for eternal balance.

Released as a diptych, each of the 2 images were printed as 1 color hand pulled photopolymers on Canson edition Blanco extra 320gr paper measuring 97 x 71,5 cm (38,19 x 28,15 inch). The labor-intensive, time-consuming, and unforgiving technique matches the idea of working with a negative and positive image while capturing the warmth and refinement of the original work. The prints was available in a “fundraising” edition of 10  hand-embellished examples and a regular edition of 90 examples, each signed and numbered by the artist and accompanied with a matching COA. They were shipped in custom-made wooden crates padded with recyclable protecting foam, completing the sentiment behind this release. 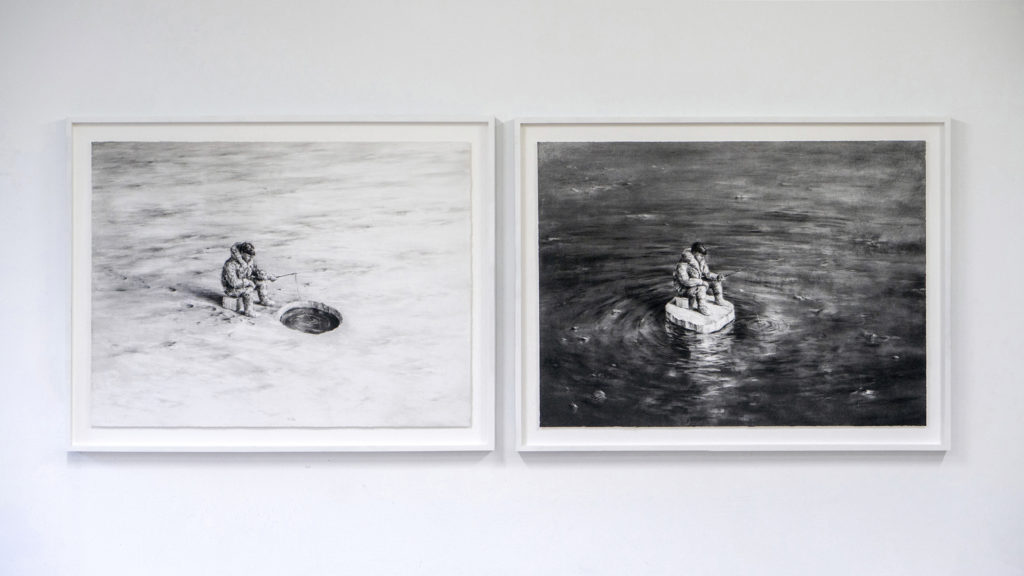 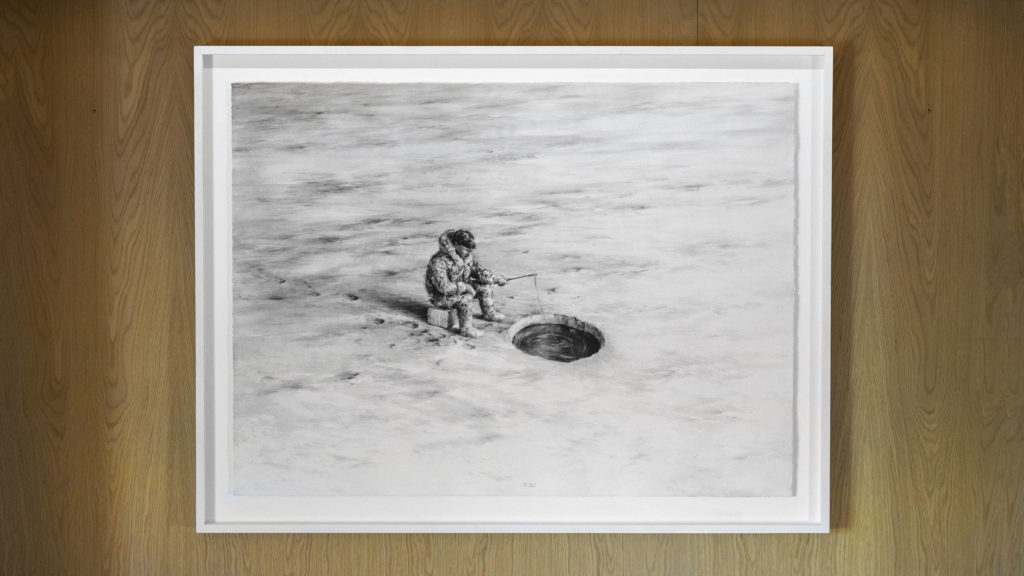 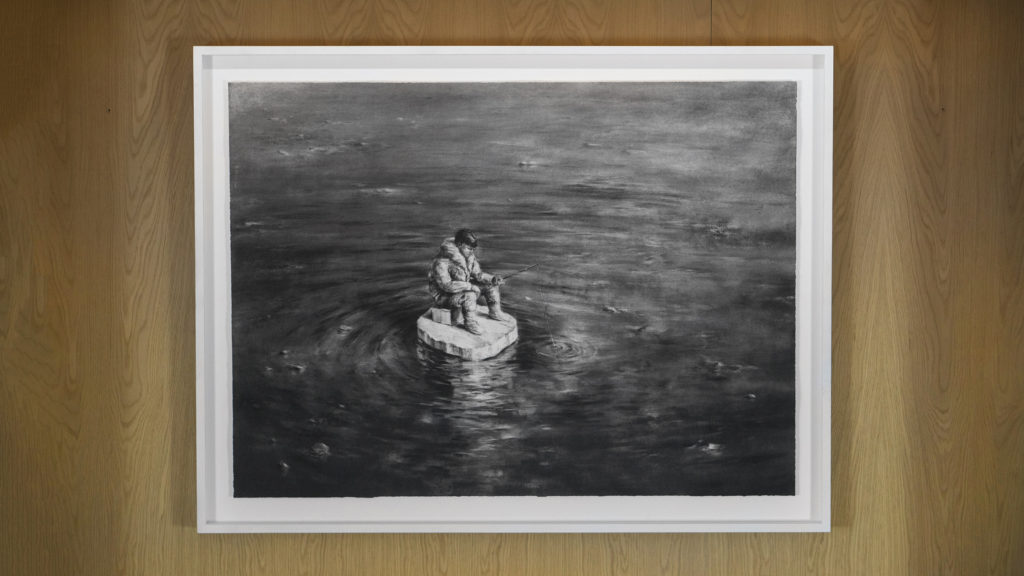 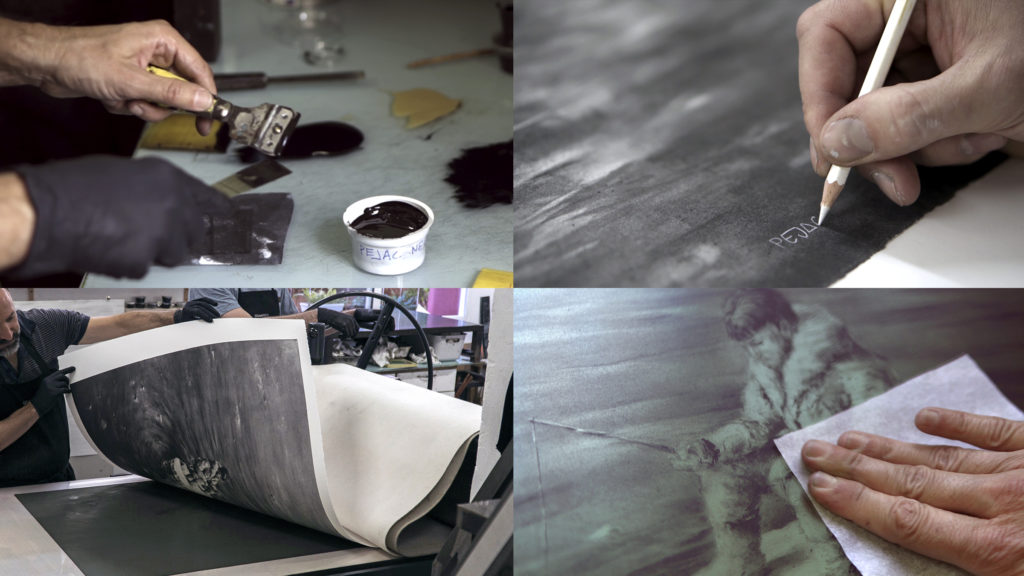 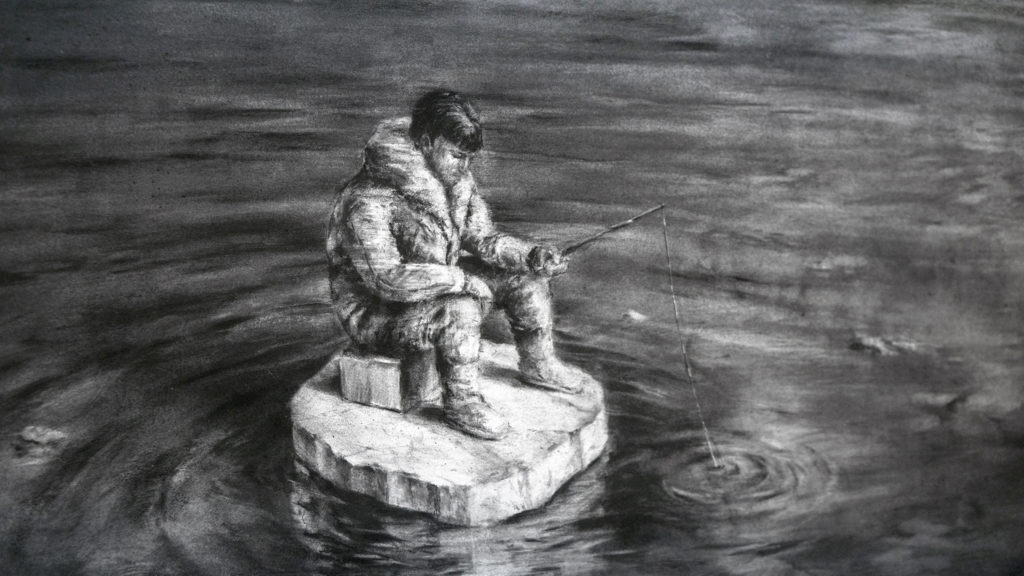 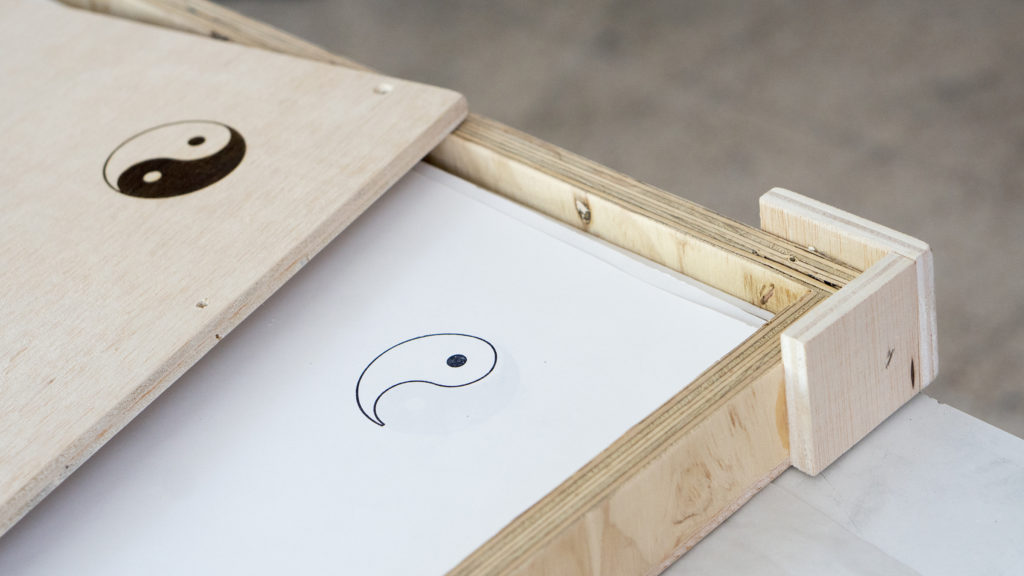 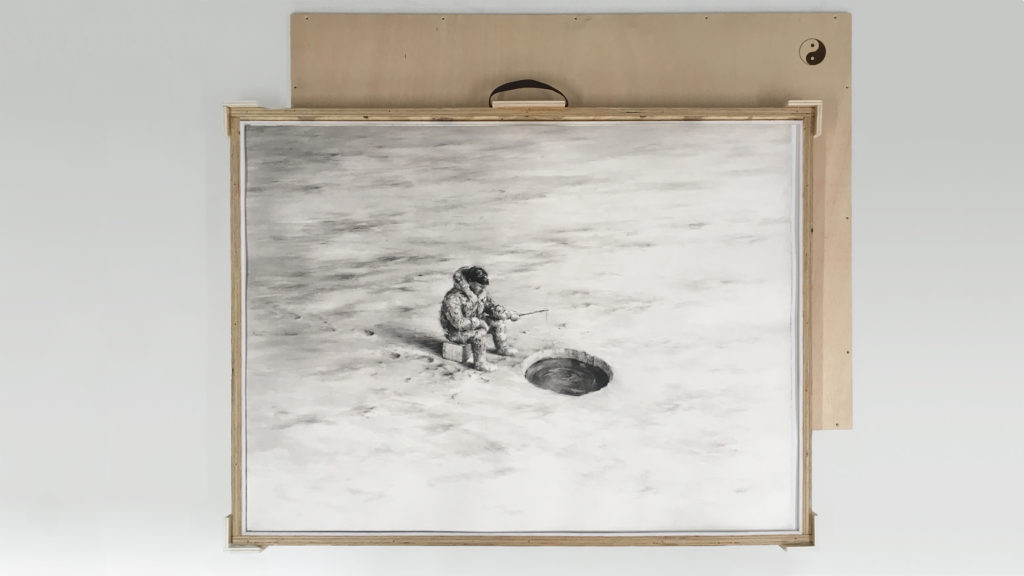 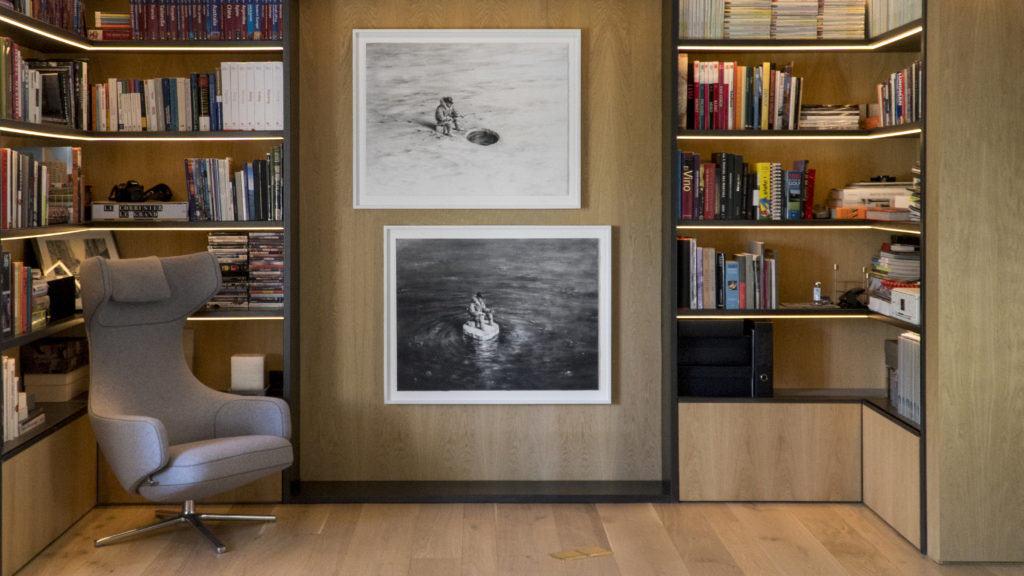