This limited edition print was released through a lottery system that let participants to buy one entry ticket per person via www.pejac.es. H2O mini-print/postcard entry tickets on thick cardboard were sent to the buyers before December 31st, and the money collected from the lottery sales were donated equally between Rios con Vida and Foundation Nueva Cultura del Agua, NGOs working in favor of aquatic ecosystems, water management, and water awareness.

While the World Health Organization considers access to safe drinking water a basic human right, about 1 to 2 billion people still struggle with it. By the time the rest of the world find themselves in the same situation, it might be too late to fix the problem.

At the end of the year in which we witnessed a significant paradigm shift in terms of awareness about the vital environmental issues, as well as celebrated the 50th anniversary of the first Moon landing, Pejac is releasing a new limited edition print cleverly connecting both seemingly unrelated subjects. Based on the main promotional image of Waterline, his latest solo exhibition held in Paris, the image is depicting an astronaut standing in a desolate landscape facing a stranded anchor. While the striking image can be seen as a sharp warning about the mankind’s dystopian future (or past), Spanish artist is actually using the 1st Moon landing as a key example of a man achieving the impossible.

Often connecting the reality and the fantasy through his work, Pejac has created an image that is a tribute to a fulfilled dream. Whether reading it as a hypothesis that humans once lived on the Moon, or seeing a distant future space explorer re-discovering once Blue planet, H2O is a heartening reminder that there is a way to achieve the great, seemingly impossible things.

Run of 100 copies
97 x 69 cm (38,2 x 27,17 inch)
2 colors hand-pulled photopolymer with pencil hand-finishing
Hahnemühle white 300gr
Signed and numbered by the artist
COA (to be issued 6 months after the purchase)
Packed in custom made wooden crate
1.400€ (Shipping and taxes not included) 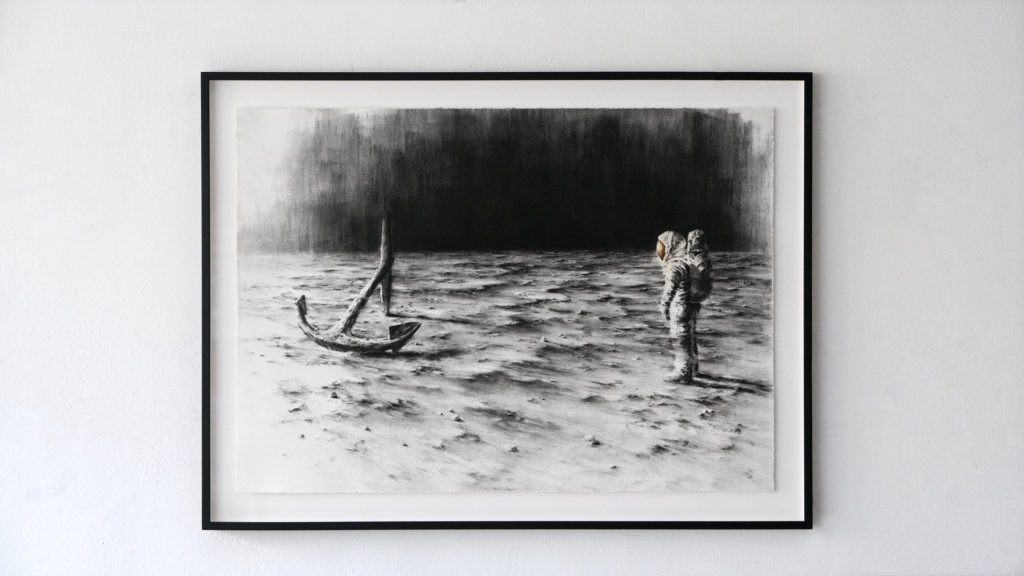 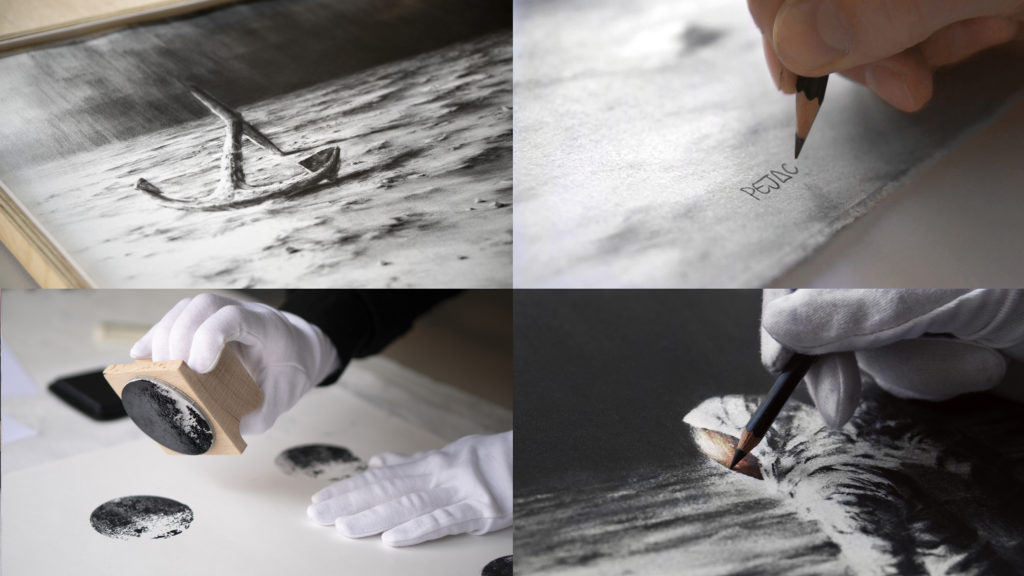 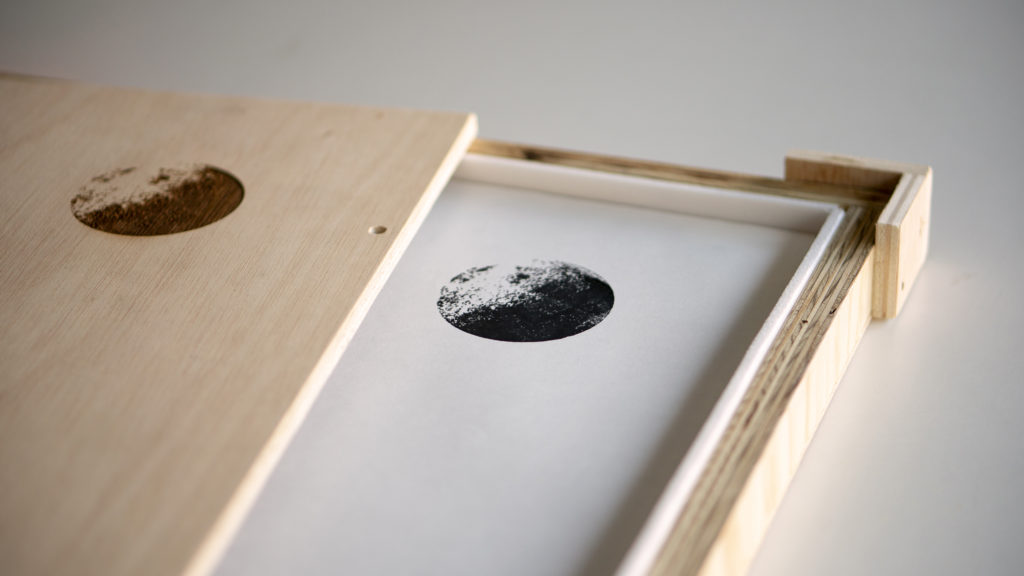 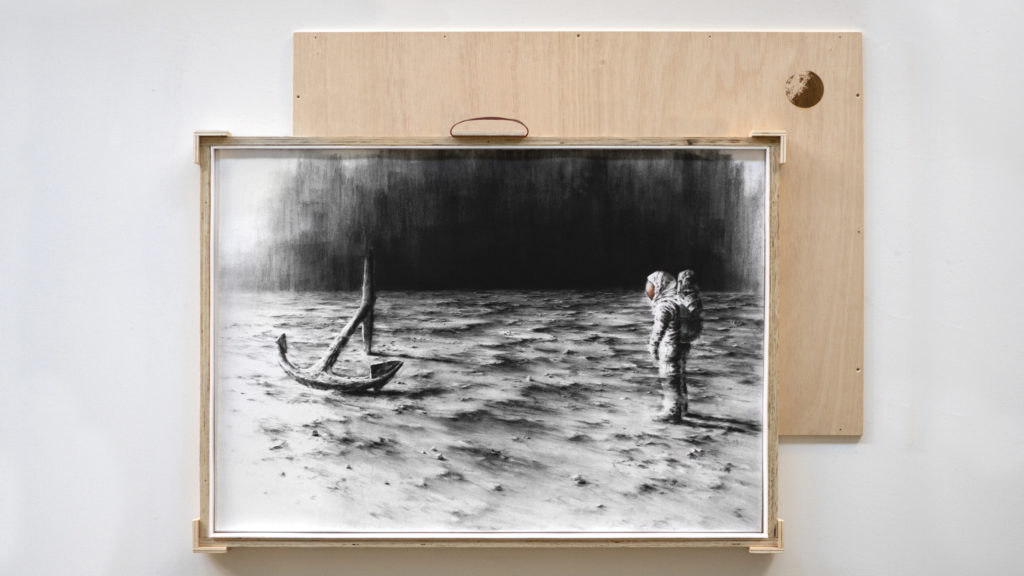 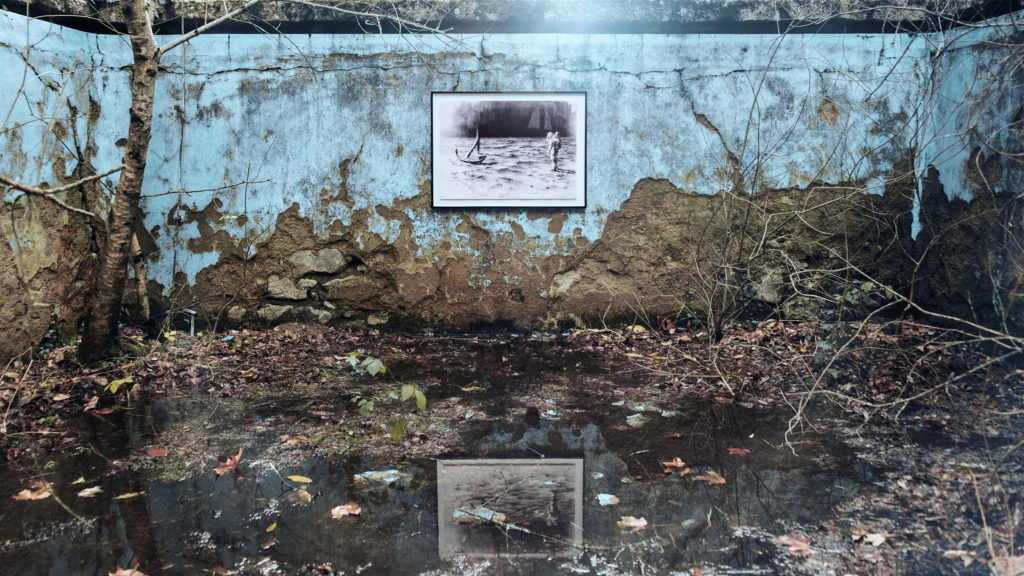