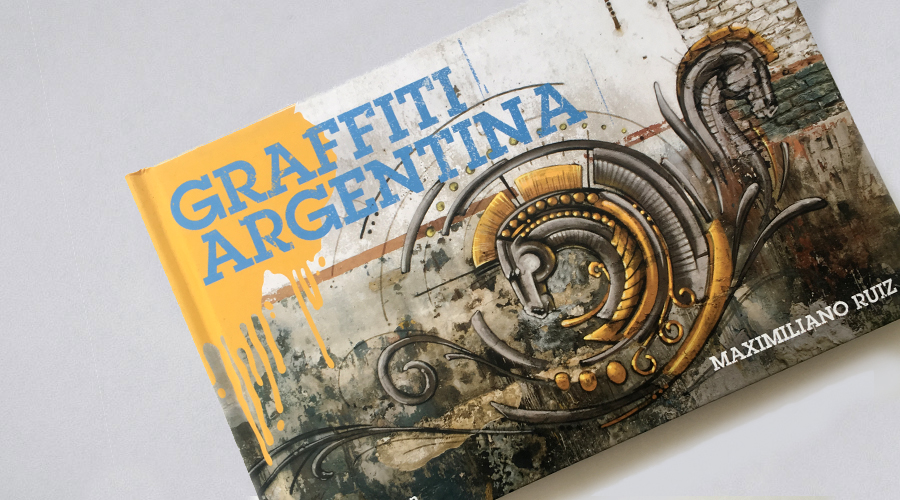 With quotes from the artists themselves, including Jazz and the Brazilian twins Os Gemeos, this book traces the story of Argentina’s vibrant graffiti scene, from the efflorescence of graffiti in the 1990s to the underground use of tags, train graffiti and political paintings to the sketches and designs that have come off the street to influence the country’s entire visual culture,

Graffiti Argentina is a collaboration between the Argentine film director Maximiliano Ruiz  and three talented graphic designers: Pauline Aubry, Damian E. Regazzoni, and Jorge Cordoba. The exciting visual story that they have compiled is complemented by artist interviews on the first efflorescence of graffiti in the 1990s; on the movement in recent years; on the underground use of tags, train graffiti, and political images; and on the sketches and designs that have come from the street to influence the visual culture of the country.

Argentinas young, fresh scene is a beacon of creativity to graffiti enthusiasts worldwide. This book tells the story of the Argentinian graffiti scene one of the most original and vibrant in the world from its first efflorescence in the 1990s and artists recent experiences, to the underground use of tags, train graffiti and political images, and the sketches and designs that have come off the street to influence the whole visual culture of this exciting country.