Juan Carlos Noria a.k.a. Dixon -Venezuela 1968- is a cultural agitator with a social consciousness that borders political activism. An artist in search of new subjects of representation, styles and techniques: art under investigation.

Ironic, archetypal and funny. His imagery brings us closer to what he believes deserves and needs to be shown in this common universe to us all, where we appear weak if not hypocritical. Re-moralizing art against social injustice, economy, power, consumer society, sex, culture… and the corruptive process latent in all these.

A confluence of cultures and contradictions, Juan Carlos Noria is a painter for our times. Born in Caracas Venezuela he carries his Latin American sensibility on his sleeve.

As a teen growing up in Ottawa, Canada, he became an accomplished figure skater. Grace and lines were an obsession. So, too were his ideas of subversion. He fell out of skating after hitting the rigid class structure of the sport, finding comfort (and discomfort) in visual art, on the streets with a paint can, postering, skateboarding, fleeing police.

A strange opportunity then came. A world tour with Disney on Ice. It heightened his sense of absurdity, humour and anger, sharpened his visual and social awareness.

True to subversive nature, he undercuts his own personality allowing himself to explore two other personas and visual styles. He sometimes works under the pseudonyms of Royal or Dixon. Yet, he is himself-singular Juan. He is without pretence, full of concern for others, quick to laugh and quicker to paint something ripe. 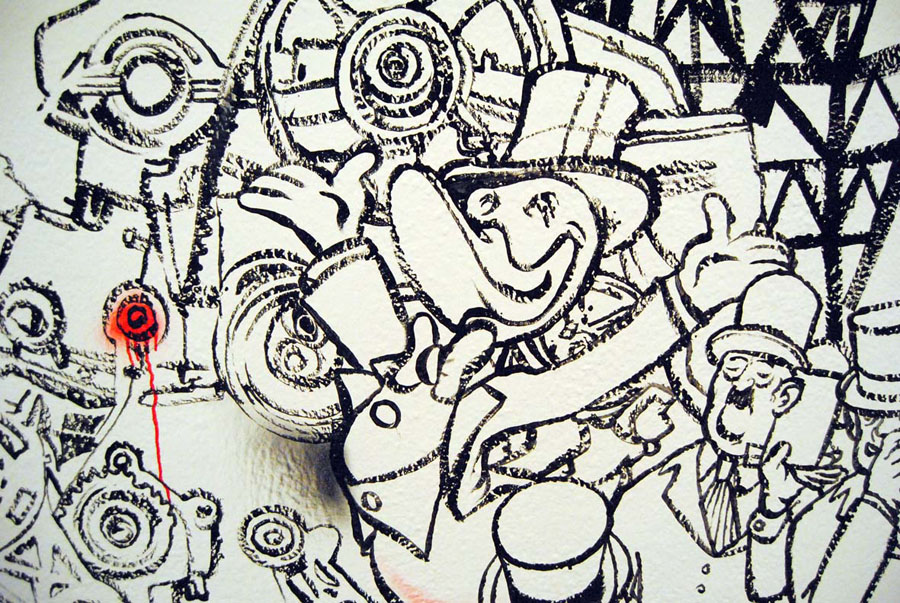 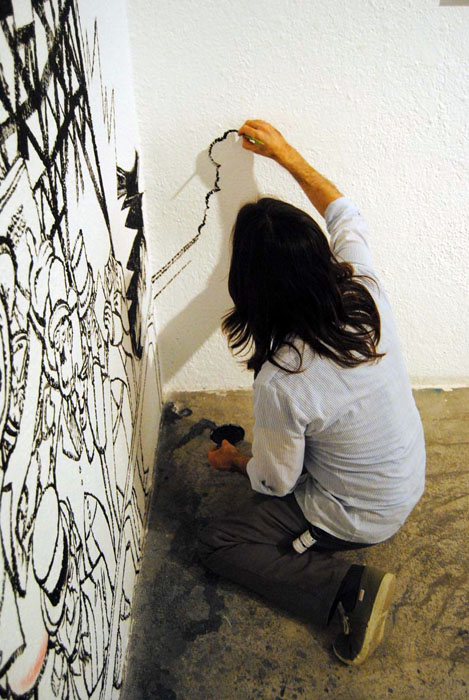 True to the noble values and worthy of the vast capacity of this artist, Dixon materializes his talent in a collection of works which range from the simplicity of the explicit to the complexity of the indecipherable, either on large hyper-realistic canvasses or on small tiles from the streets of Barcelona. ‘Stimulus Package’ is a show which surpasses all expectation, where the viewer can learn and discover through the language of Dixon. 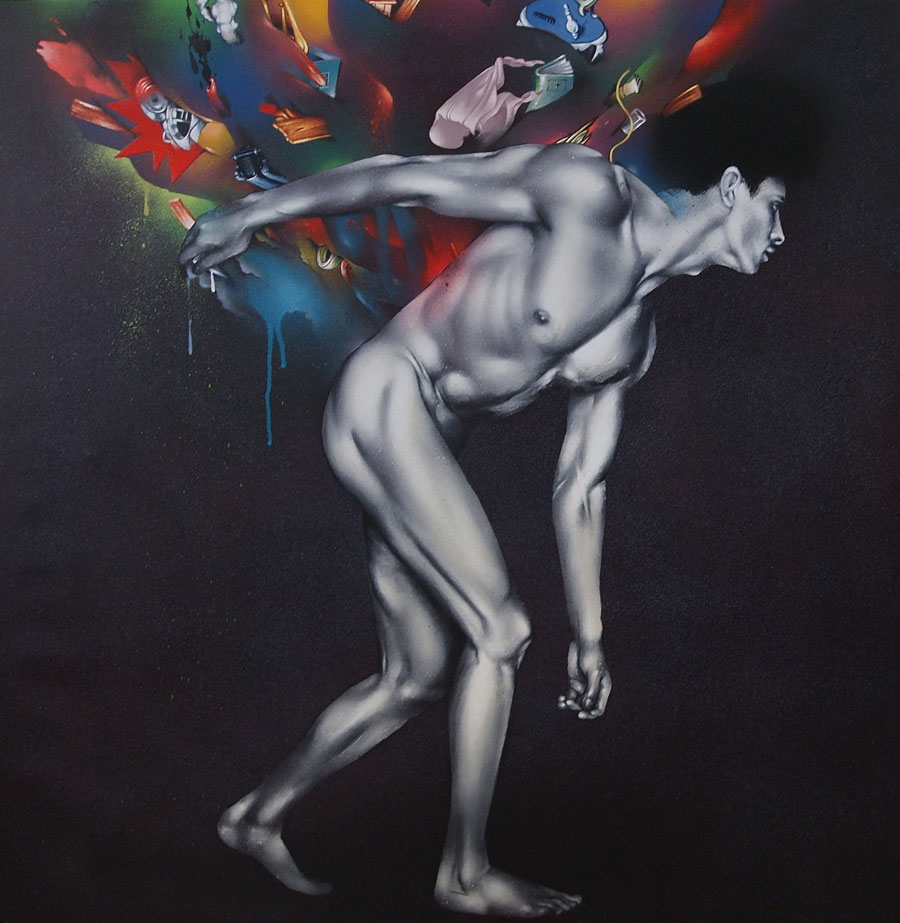 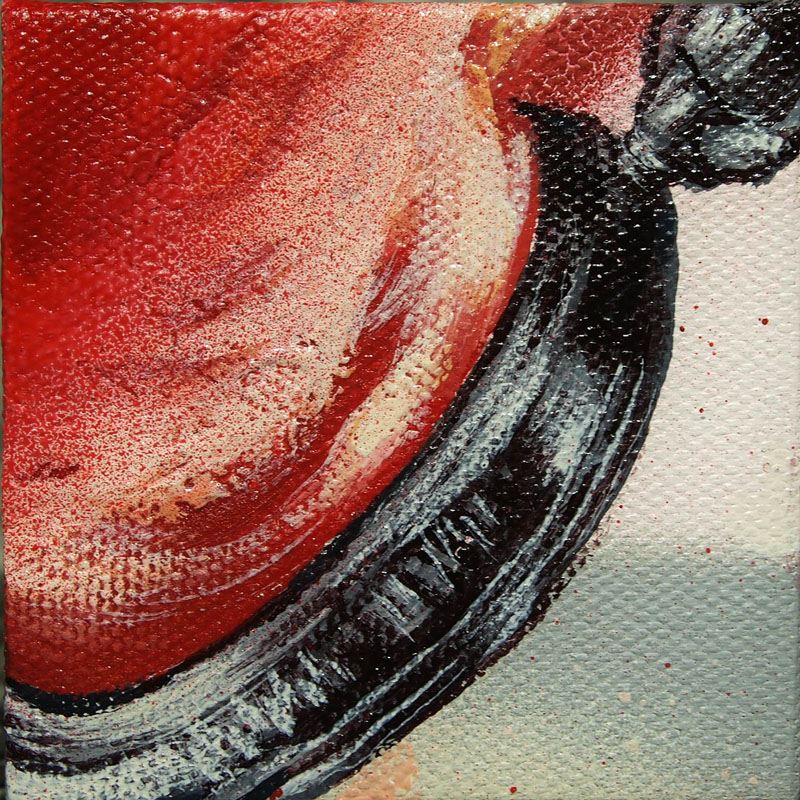 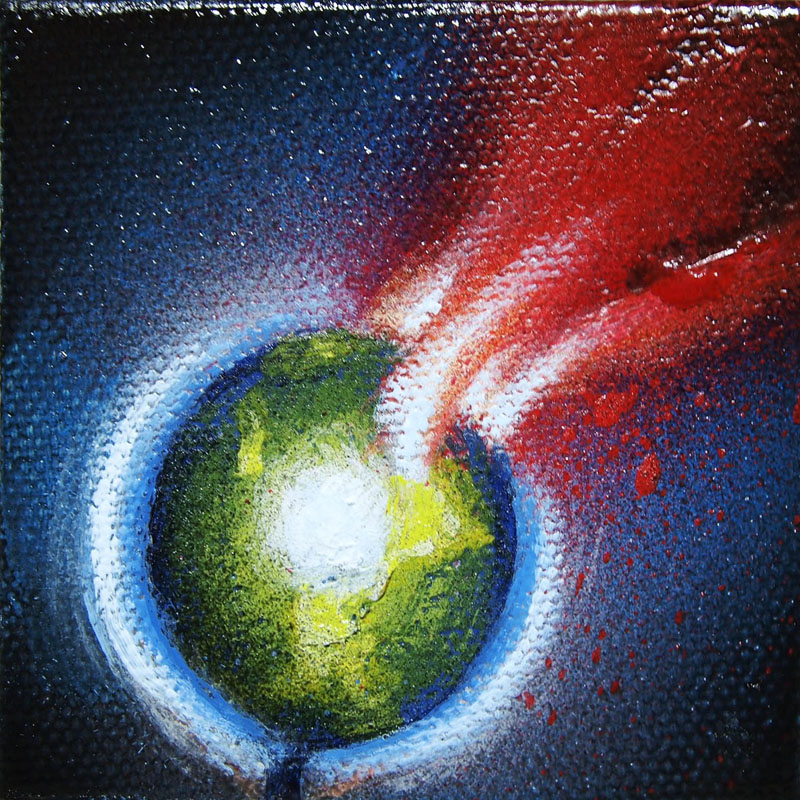 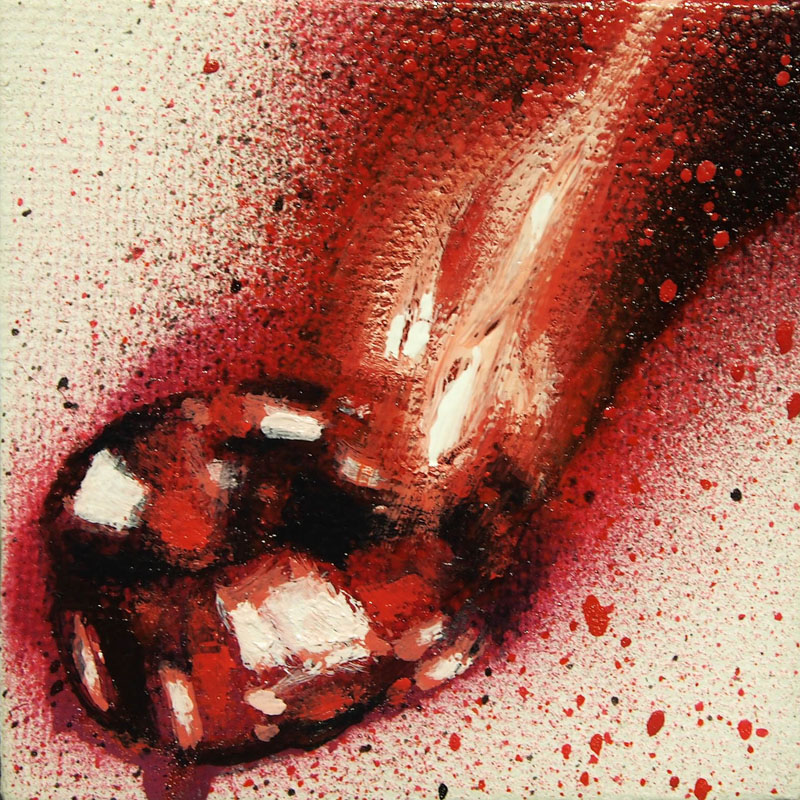 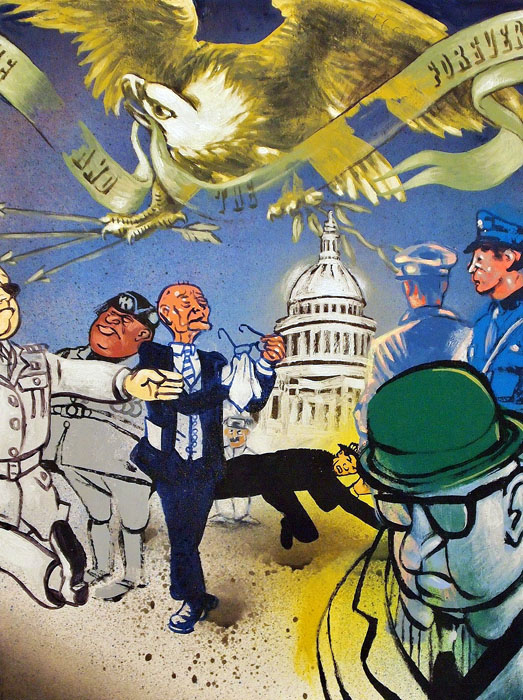 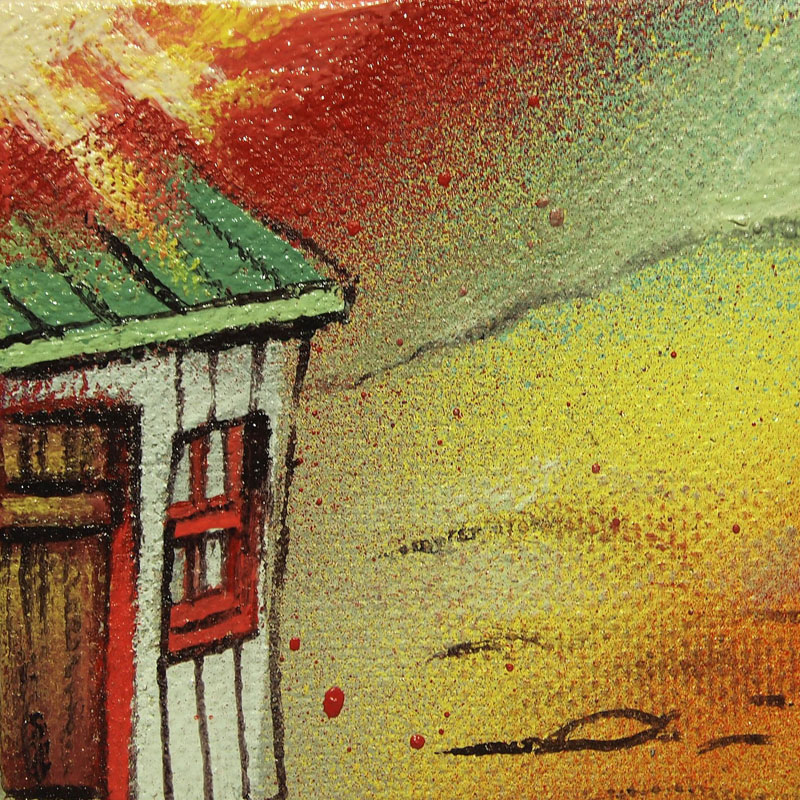 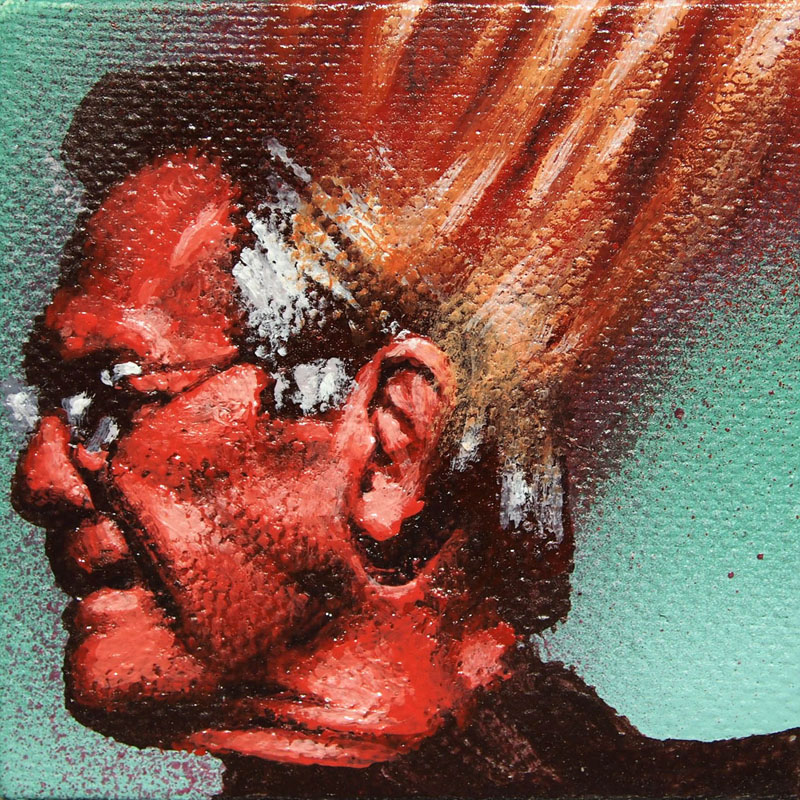 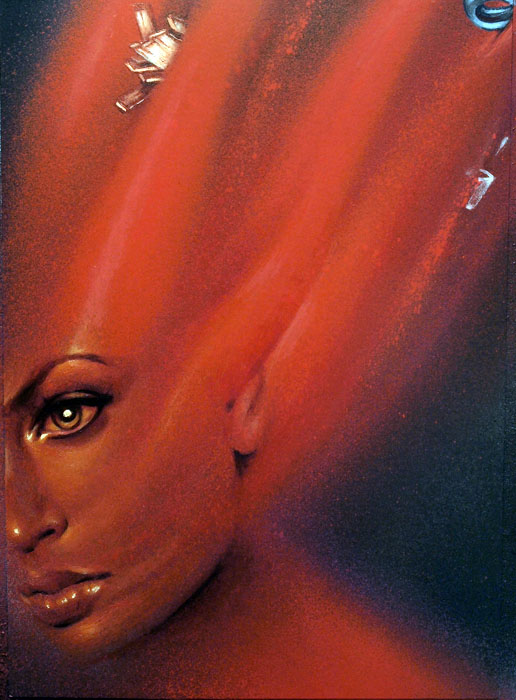 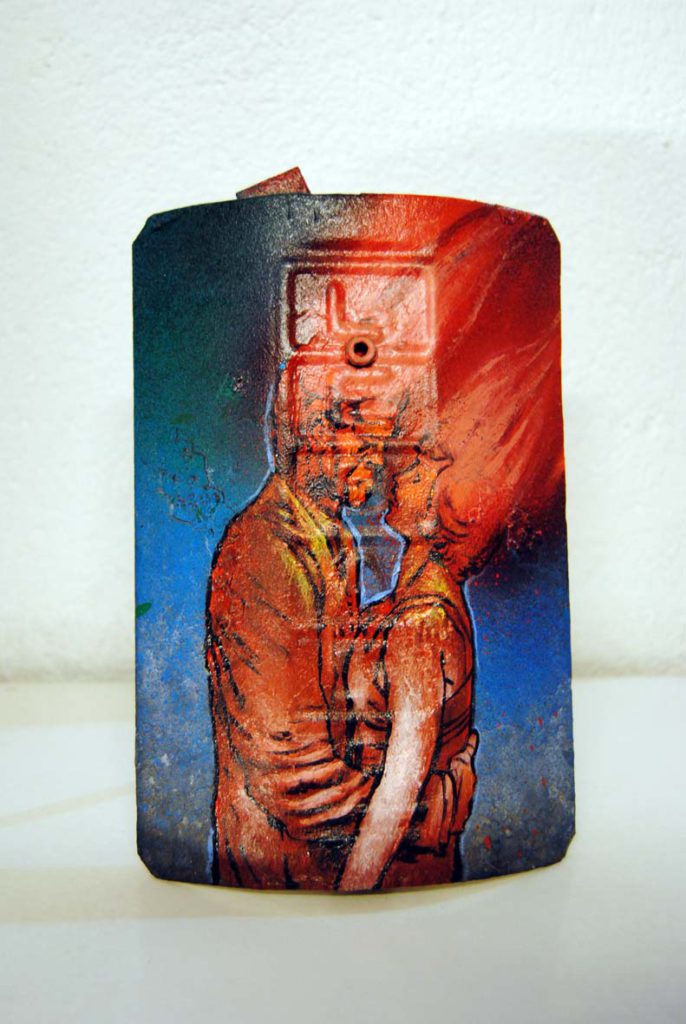 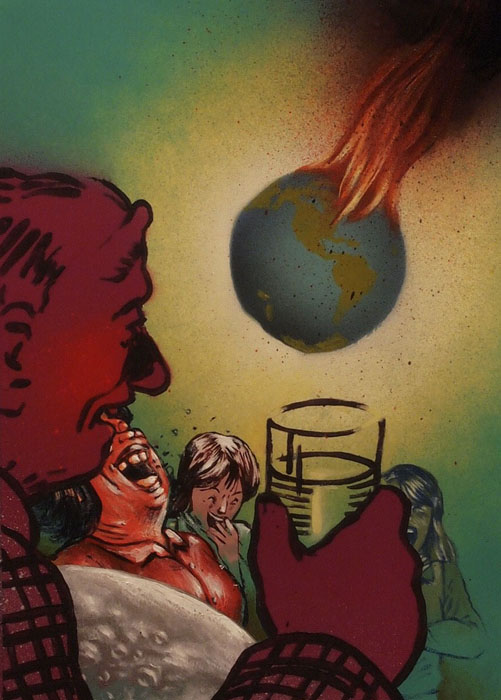 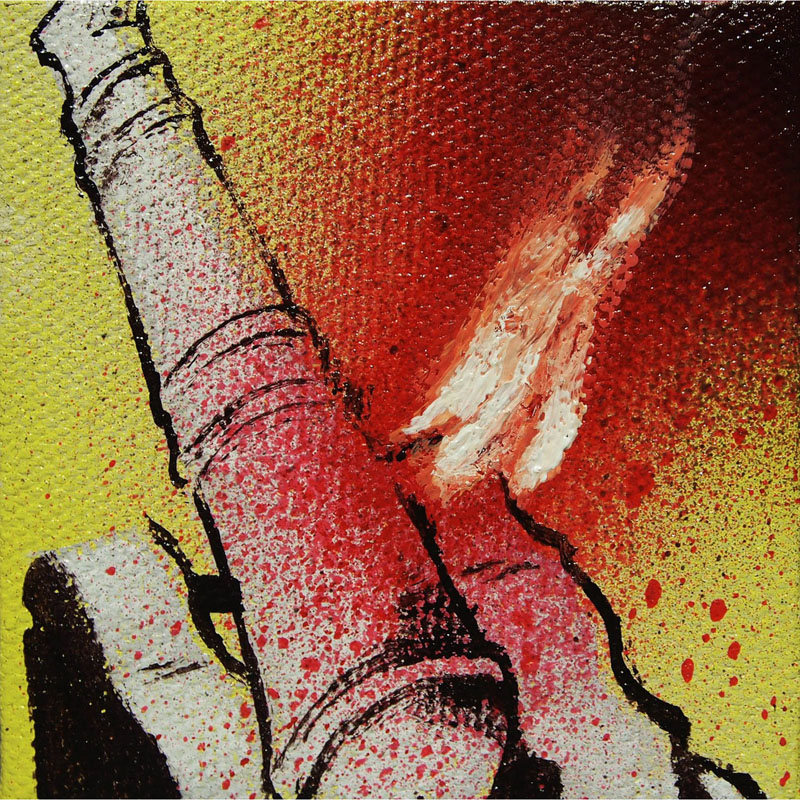 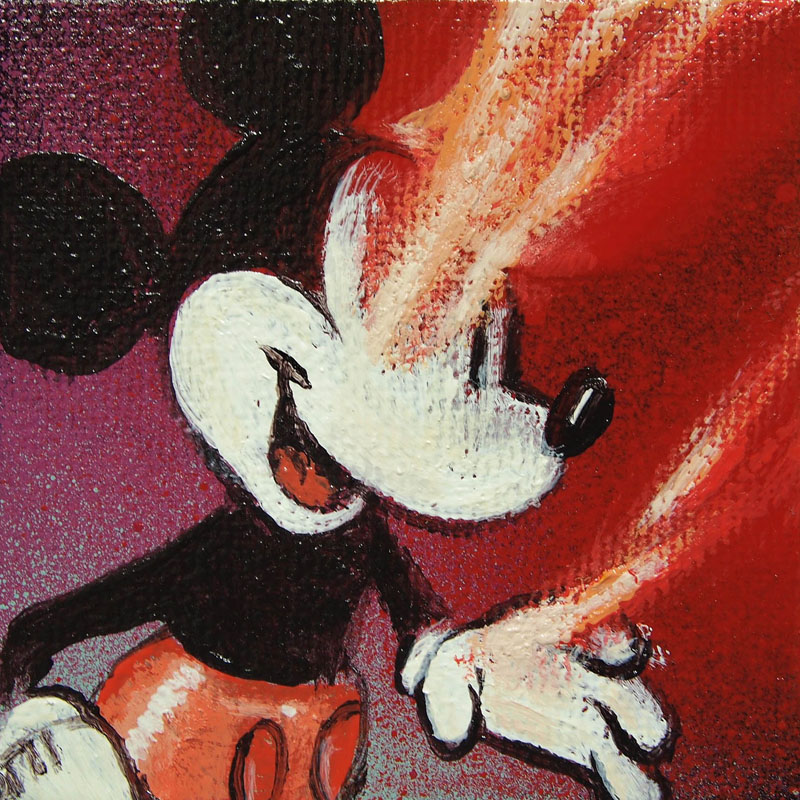 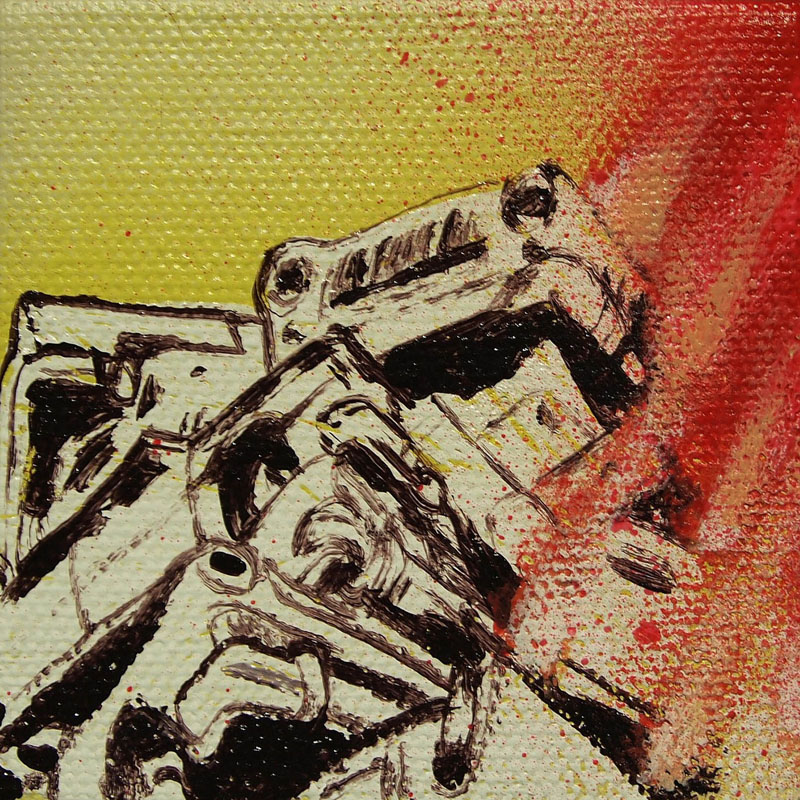 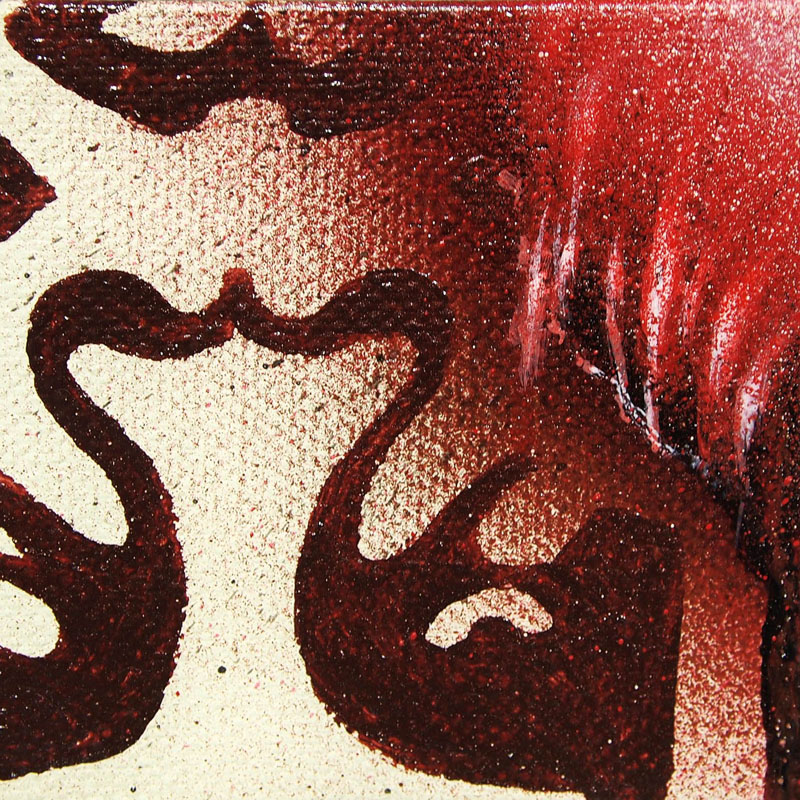 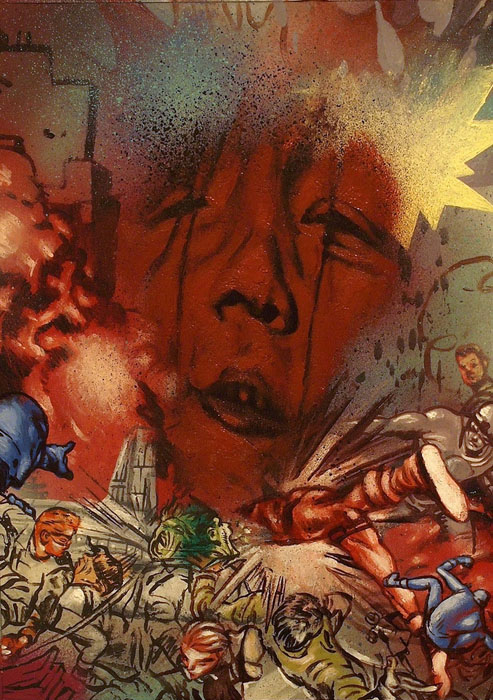 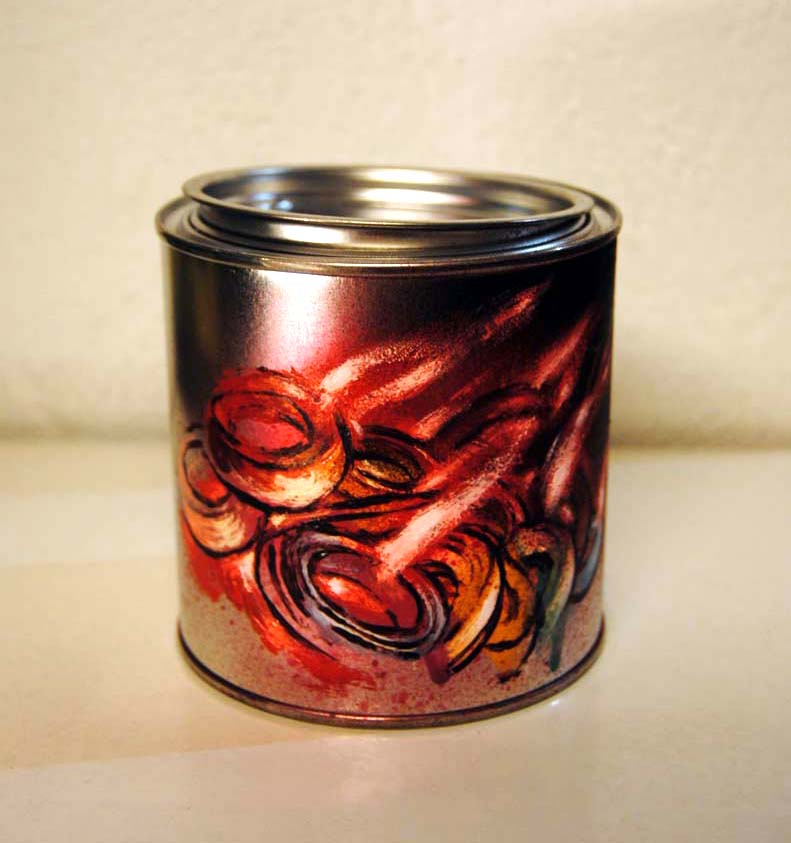