“Vertiges & Somnolence (Dizziness and Drowsiness) is a warning to the public as most of my paintings are done without the intention of pleasing. This is a way for me to focus on the instant of an idea, paint it, and let it provoke reactions, rejections and interrogations.”— BOM.K

Bom.k, founder of the legendary french crew Da Mental Vaporz, has always been one of a kind in France’s Graffiti scene. One only has to look at his drawings, canvases and walls to be convinced. Born and raised in Paris southern suburbs, self though by necessity, he developed his unique style in the streets and abandoned factories of his youth. Quickly, he set himself free from Graffiti’s traditional rules, to follow his own road and create a unique universe, full of distorted monsters, screaming flesh, hybrid sexual creatures, claustrophobic cities and hellish visions.

Beyond the themes he explores, what first strikes viewers when discovering his work, is the incredible dexterity with which he handles spray cans. No one is supposed to draw such thin lines with this rudimentary tool, just like no one is supposed to reach this degree of precision. Spray cans simply haven’t been invented for that. And yet, thanks to the days, weeks and years he’s spent locked in his studio, taming the cans’ pressure, carving minicaps in their plastic leads, Bom.k has managed to reach every artists holly grail: an original touch, a unique style, immediately recognizable by the public, that has earned him the respect and admiration of his pears.

Thank god, the women Bom.k creates don’t exist. They are just fantasies, a mirage of his imagination. Just like his B-boys or his monsters, the idea here isn’t merely to try and reproduce realty but rather to explore their inhumanity. To elevate to the rank of pure beauty, the ugliness, sickness and abnormality of these lost souls. Their heads have disappeared, replaced by spray can nozzles. Their terrifying bone structures create flesh puzzles, like if Chernobyl had created sexual hybrids, both intriguing and fascinating. Despite the initial rejection they provoke, his hardcore creatures, stuck in abnormal pornographic poses, can’t help but create a weird sexual tension, repulsive, fascinating and attractive at the same time…

(Lots of thanks to Render Vous for the awesome video) 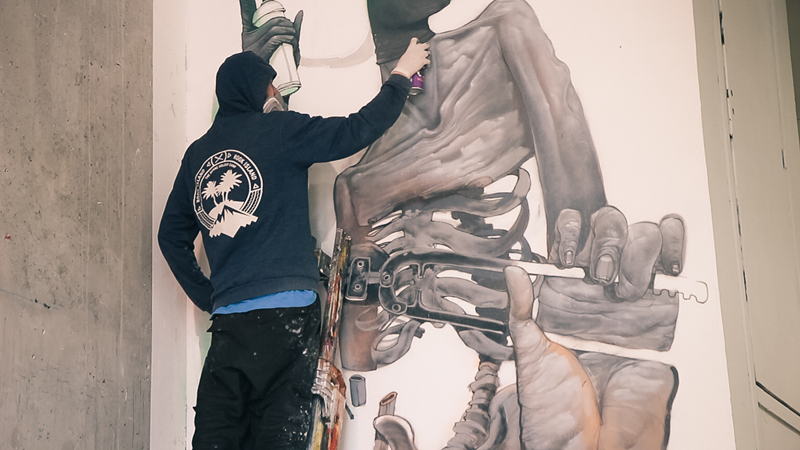 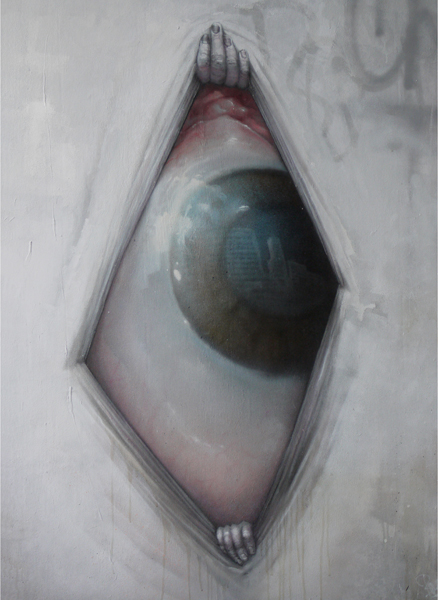 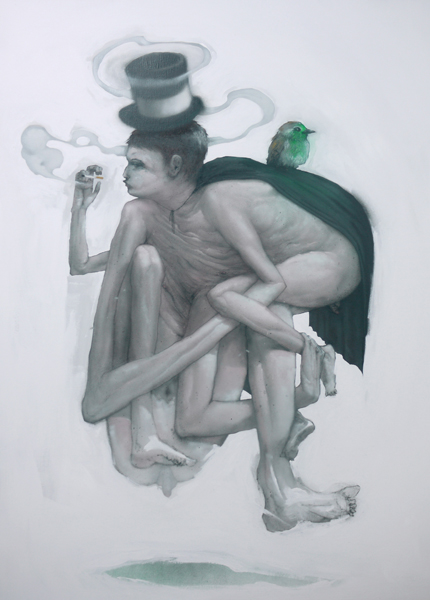 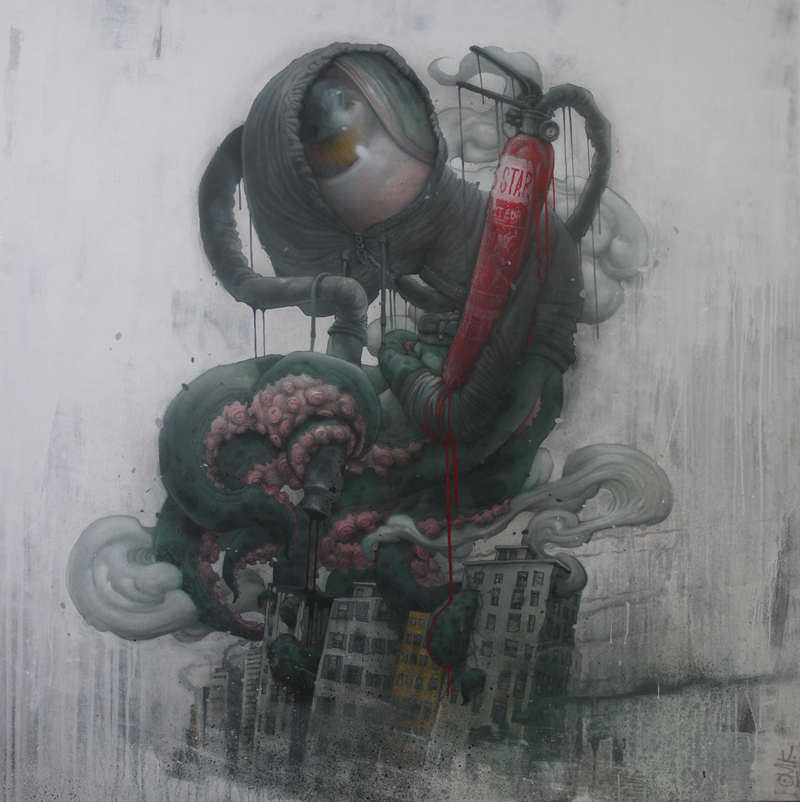 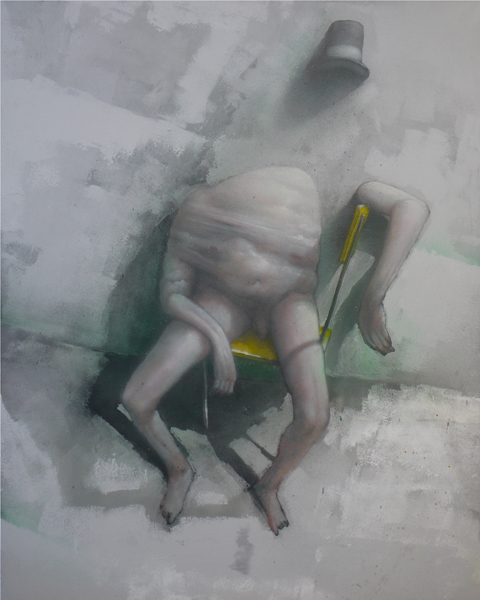 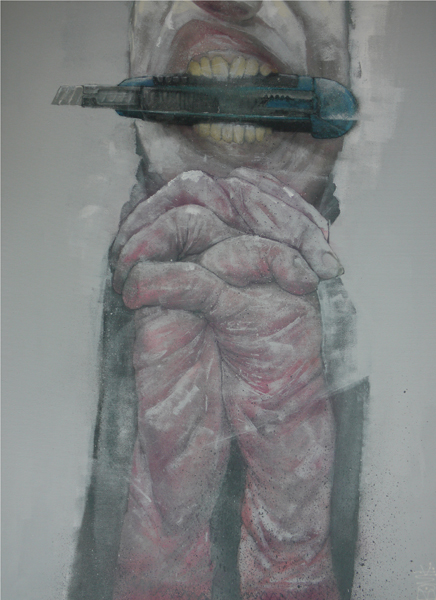 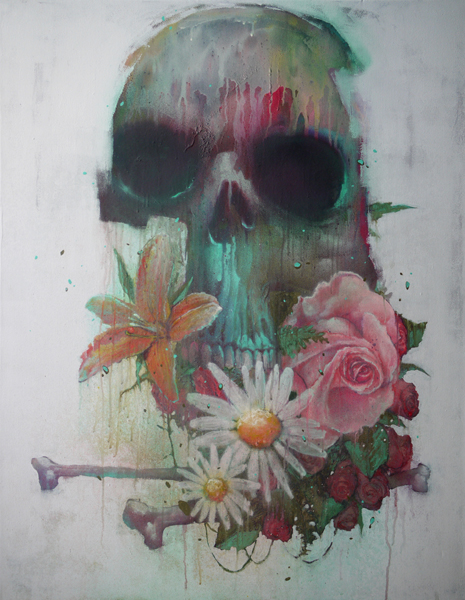 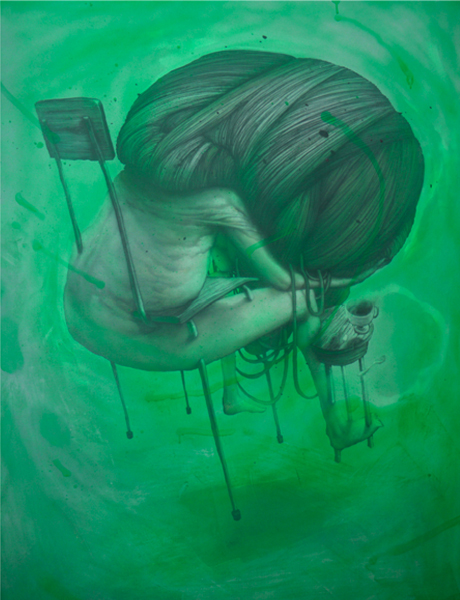 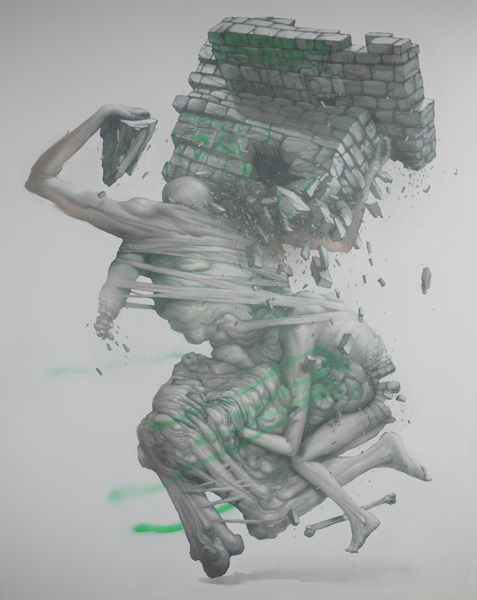 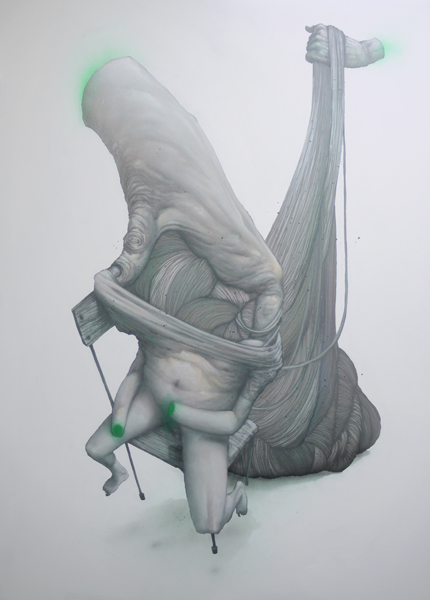 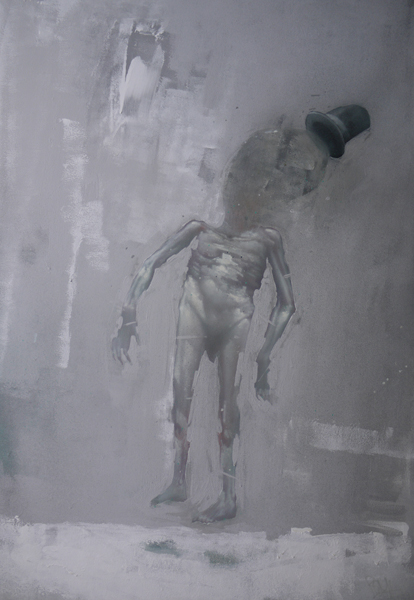 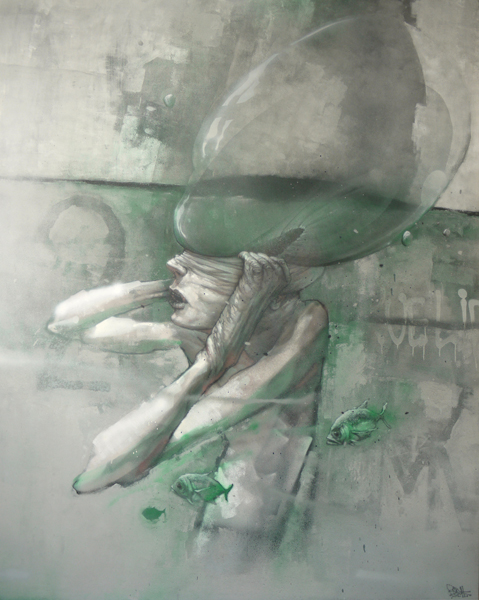 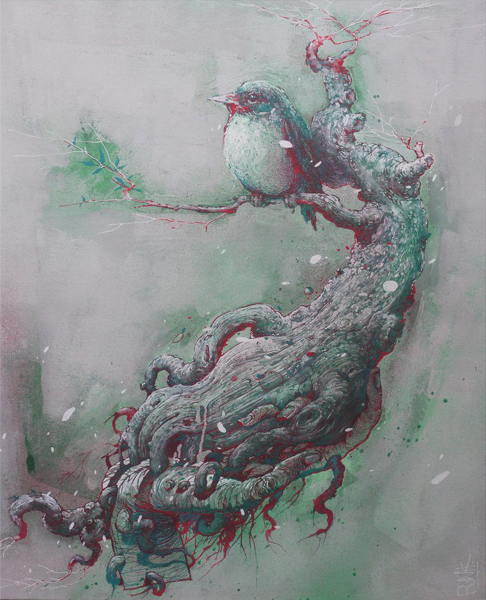