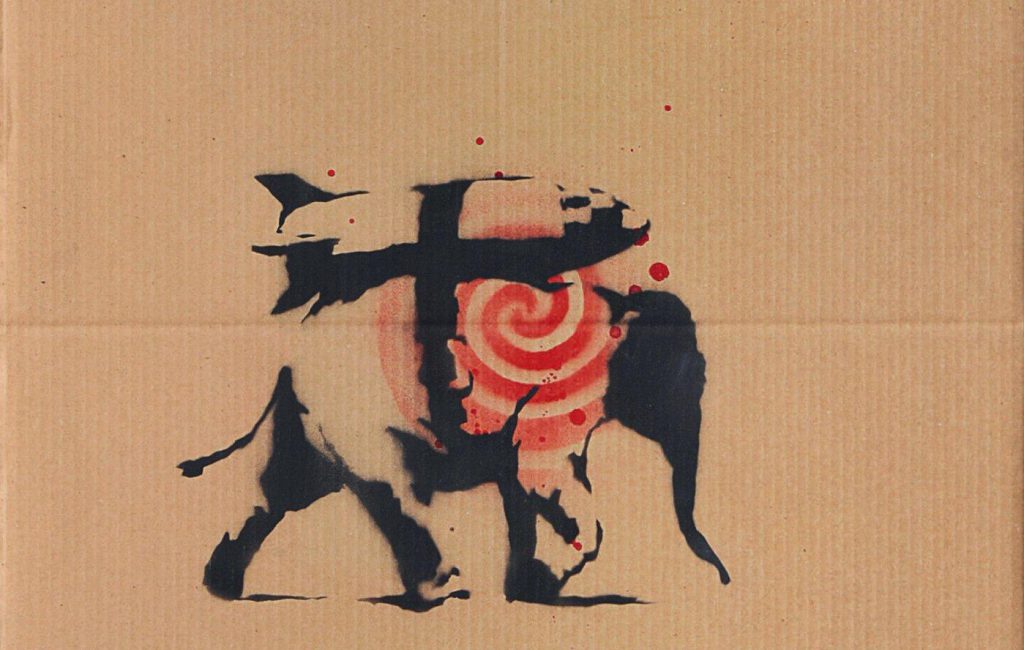 Heavy Weaponry (over Radar Rat)
2002
75 x 65 cm
Spray paint on cardboard
Signed with artist tag and barcode stencil (lower right)
Accompanied by a Certificate of Authenticity from London Provenance.
Gifted by the artist to the original owner.

This early work, unique in its format, shows a missile bearing elephant over a red spiral, combining images from two important works, Heavy Weaponry, and Radar Rat, which were both created originally as street pieces and later reproduced in varying editions and formats with the Radar Rat image being released as an edition of 75 hand finished screen prints in 2004. 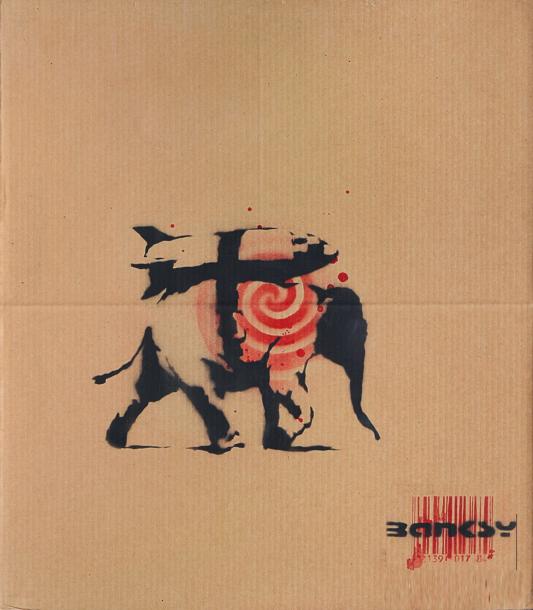