After keeping his work outside galleries for couple of years, creating countless public interventions around the globe, releasing 4 sold out limited editions and spending months working in his studio, on Friday 22nd of July Pejac will be opening his long awaited solo show “Law of The Weakest“.

In the last few weeks this Barcelona-based creative spent some time working on final touches of the show, but also, creating a series of interesting and provocative public interventions in the British capital. After placing 4 sculptural installations “Downside Up“, showing gravity defying shoes back in June, he recently revealed “Don’t Look Back in Anger” piece consisting of Van Gogh’s “Starry Night” key scratched on a Jaguar. As an artistic response to Brexit, the street painter wanted to expose the thin line between destruction and creativity through his work.

Along with creating these original public works, Pejac spent countless hours in his studio, working on mostly large paintings for his first major UK showing. The final count of works include around 35 pieces, and besides large oils on canvas that dominate the exhibition, he produced a cycle of unique and small edition sculptures in different mediums, photographs, drawings, a lenticular print edition and a site specific installation. Though diverse in their scale, medium and even the aesthetics, all the works feature artist’s impeccable ability to create a simple, subtle twist that carries a strong message. With multiple references to the famous works of art, photography and even literature, the works are showing not only indisputable artistic talent, but a vast knowledge and awareness of world’s major issues.

Almost every piece included in the exhibition carries an important message about these touchy subjects. Commenting on such hot topics as police state, racial issues, environment and pollution, poverty and injustice, modernization, human nature, religion, etc, Pejac’s work speaks volumes using universal language. An ice breaker creating a scar on Earth’s skin, riot policeman setting himself on fire, homeless person scavenging through discarded piano, children fishing in a sea infested in rubbish, rearing wooden rocking horse or “The Creation of Adam” stained glass on a spaceman’s helmet, are some of the images that will surely stop the visitors in their tracks. Often resorting to unorthodox techniques, mediums or formats in order to pass the strongest possible message, the works include 24k gold leaf used as primer coat, toy car wheel utilized as a painting brush, riot police shield as a canvas or astronaut helmet as a frame for his work. This original approach and notable attention to both detail and overall feel of each piece, results in a coherent body of work that he worked on. 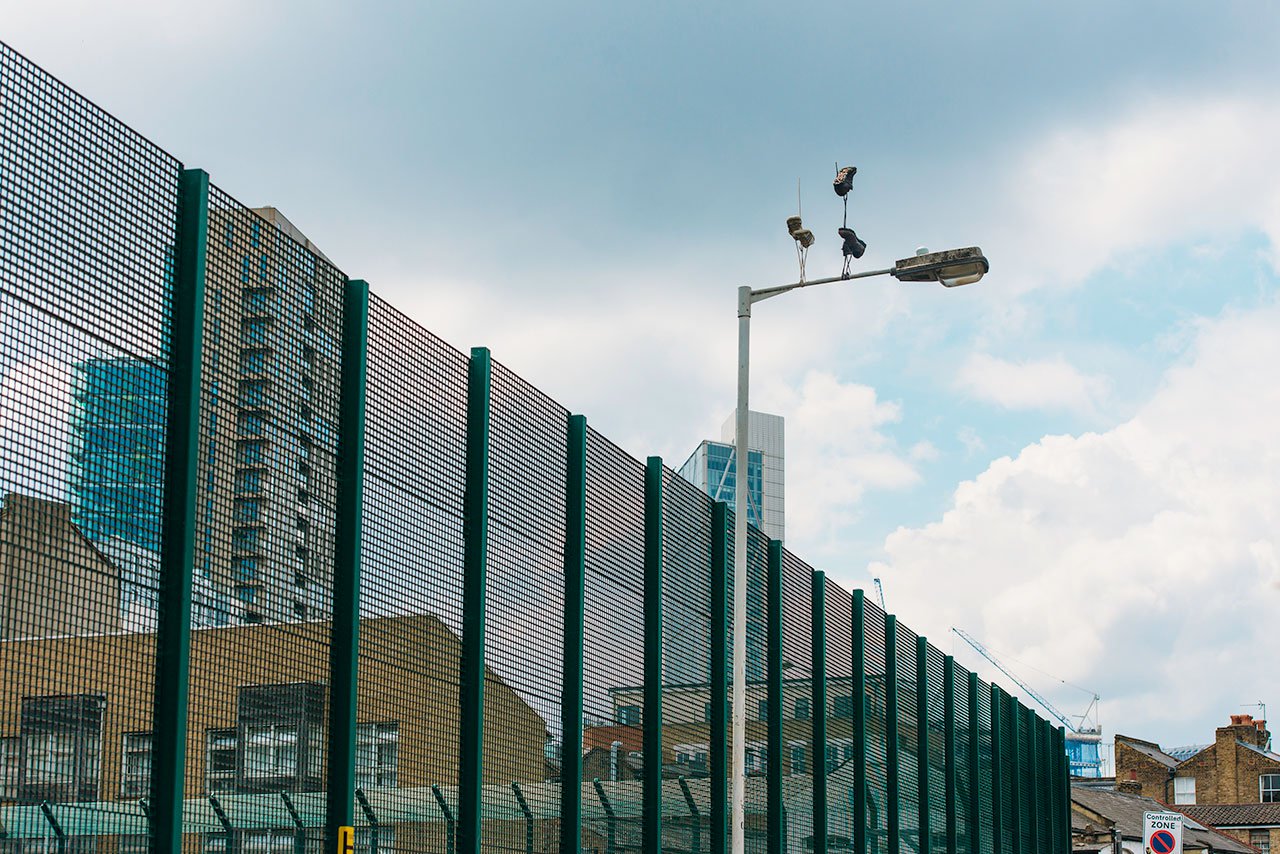 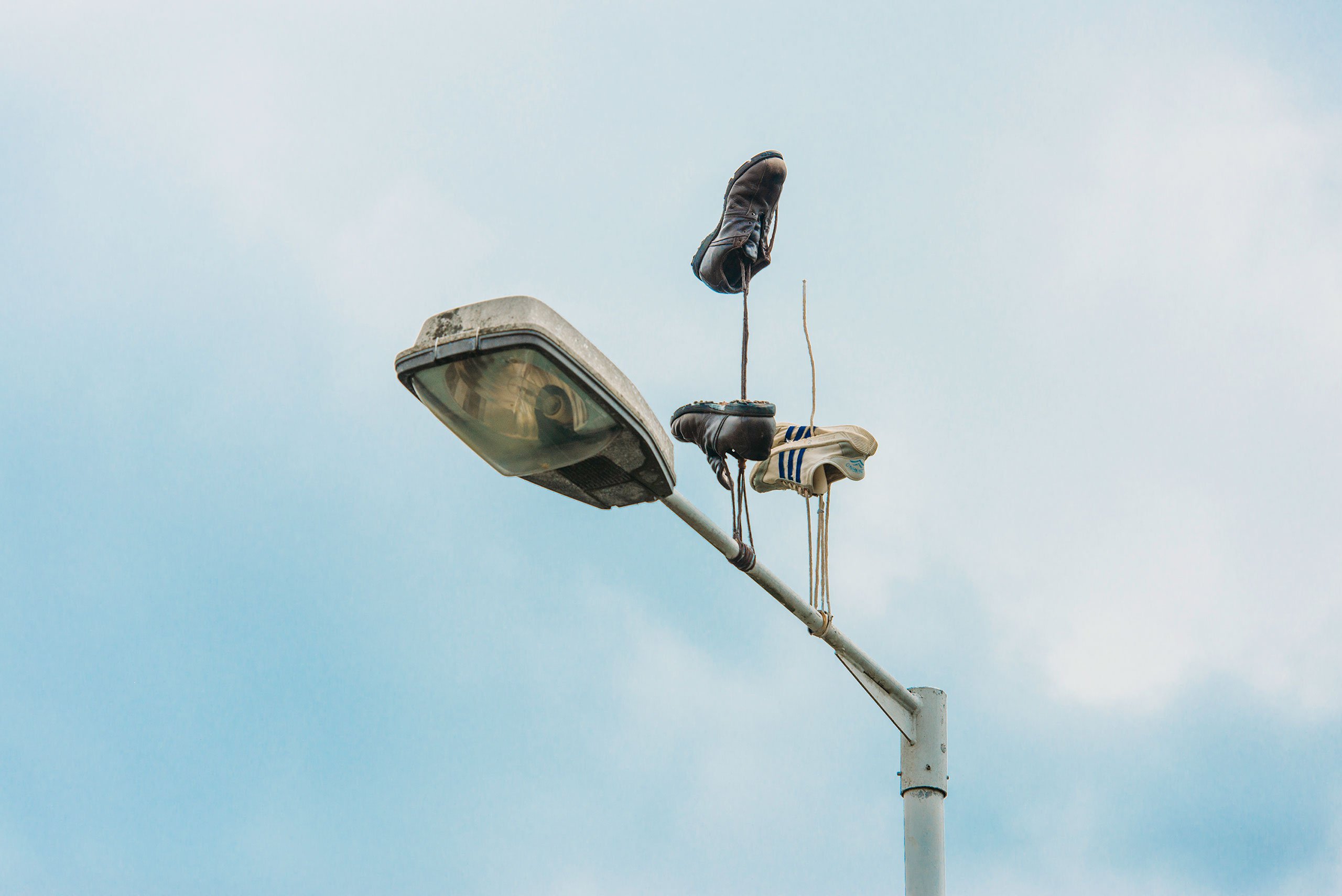 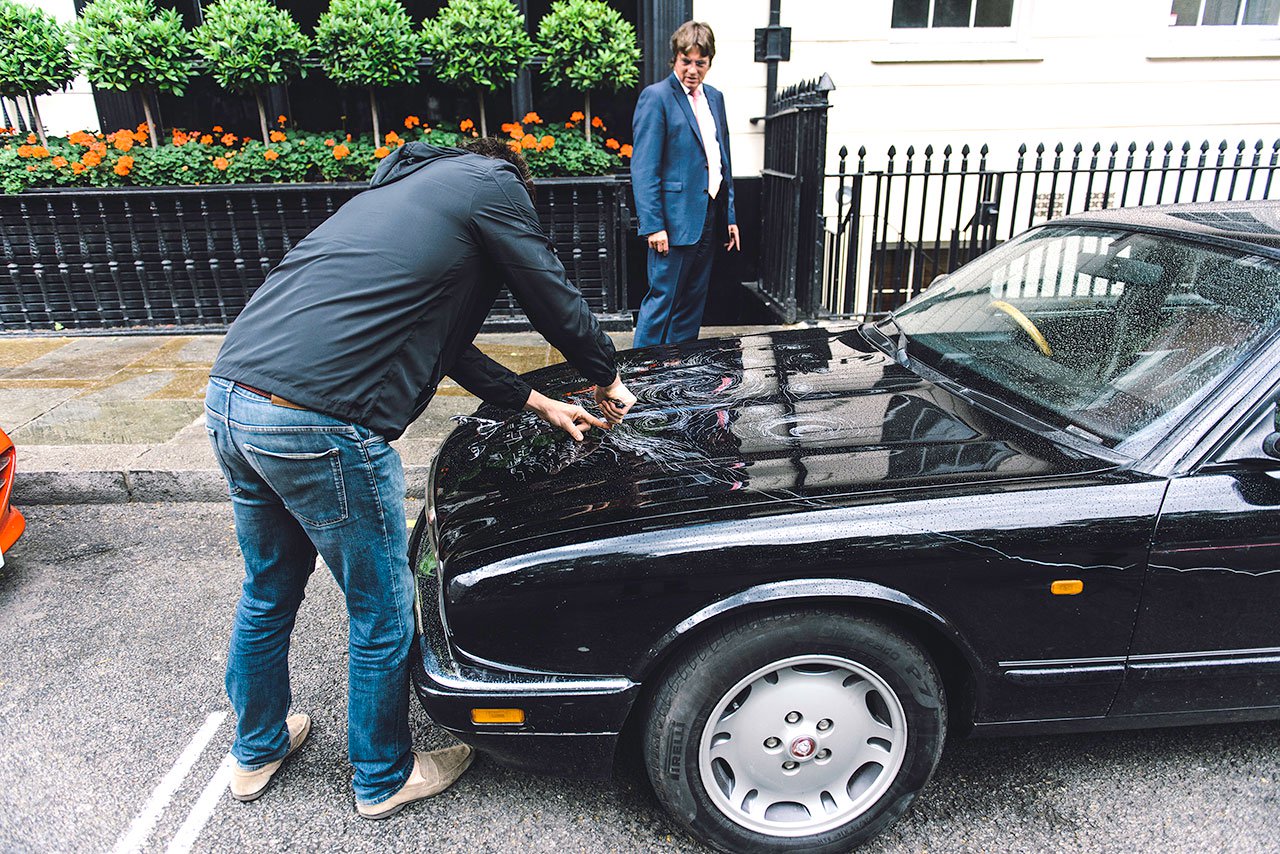 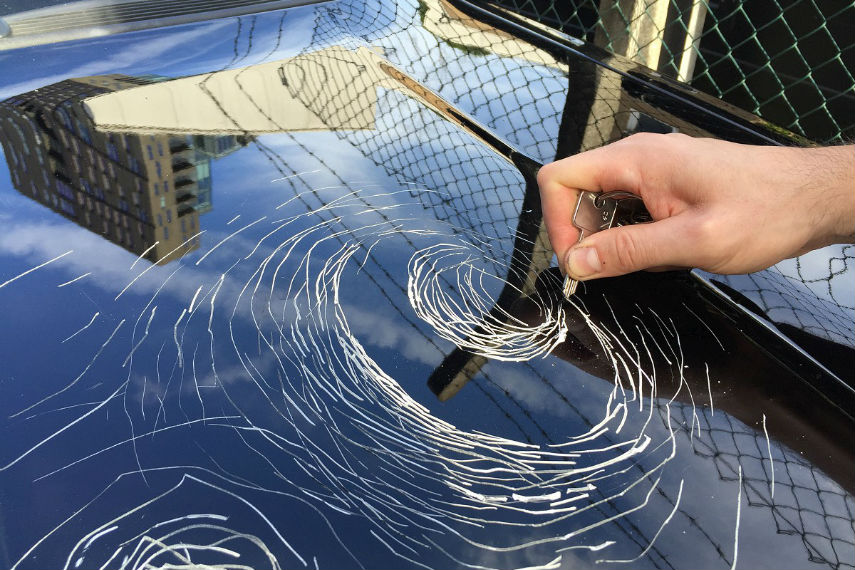 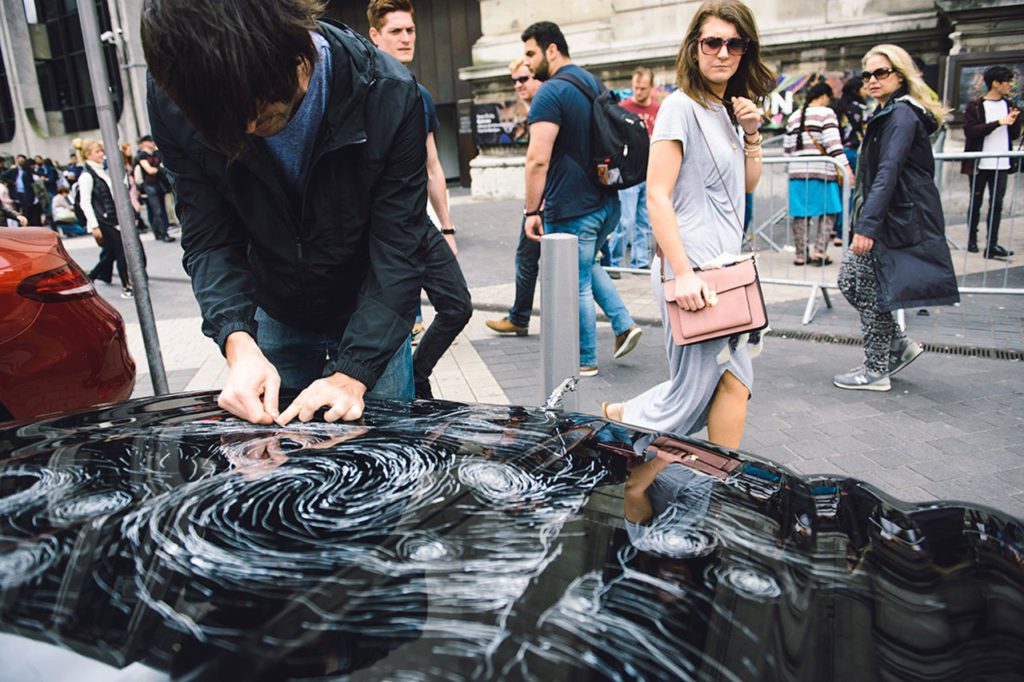 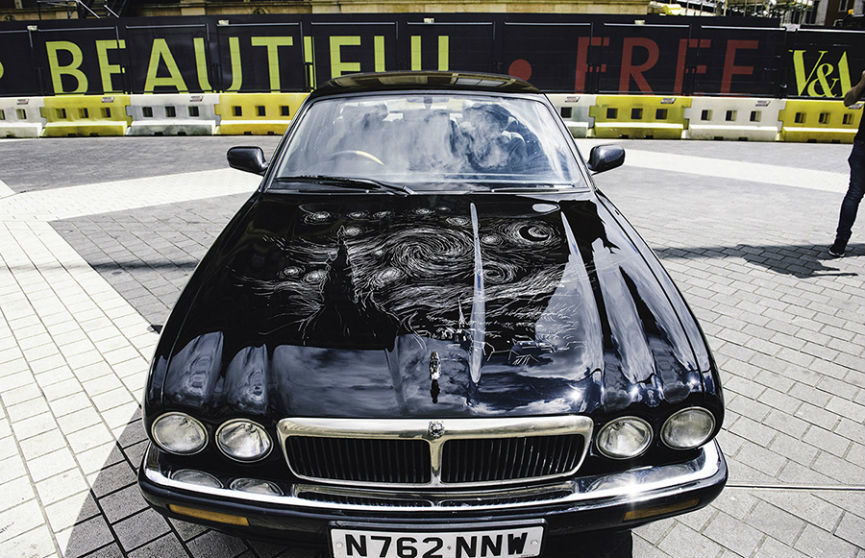 Showing a comprehensive body of work that ranges from sculptures, installations, drawings to wide scope of different canvas pieces, the Barcelona-based artist proved all the high expectations about this show to be completely grounded. His unique blend of knowledge, witty creativity and massive artistic talent, resulted in strong and large body of work that speaks volumes.

Tackling some of the most sensitive subjects, the pieces comment on environmental, political, economical or social issues that everyone can recognize. Using unexpected twists, visual illusions or bizarre paradoxes, Pejac creates images that attract attention and get the mind working. Pieces often include familiar imagery, whether from every day life or art history, and twist them around in order to pass on a strong message. Subtle yet powerful, the entire body of work consisting of over 30 pieces surely deserves the attention it is getting. Cleverly installed in a coherent showing, the entire exhibition has almost a narrative feel from the effective ball pit installation at the beginning until the “last” contemporary take on the iconic photograph of Buddhist monk self-immolation. 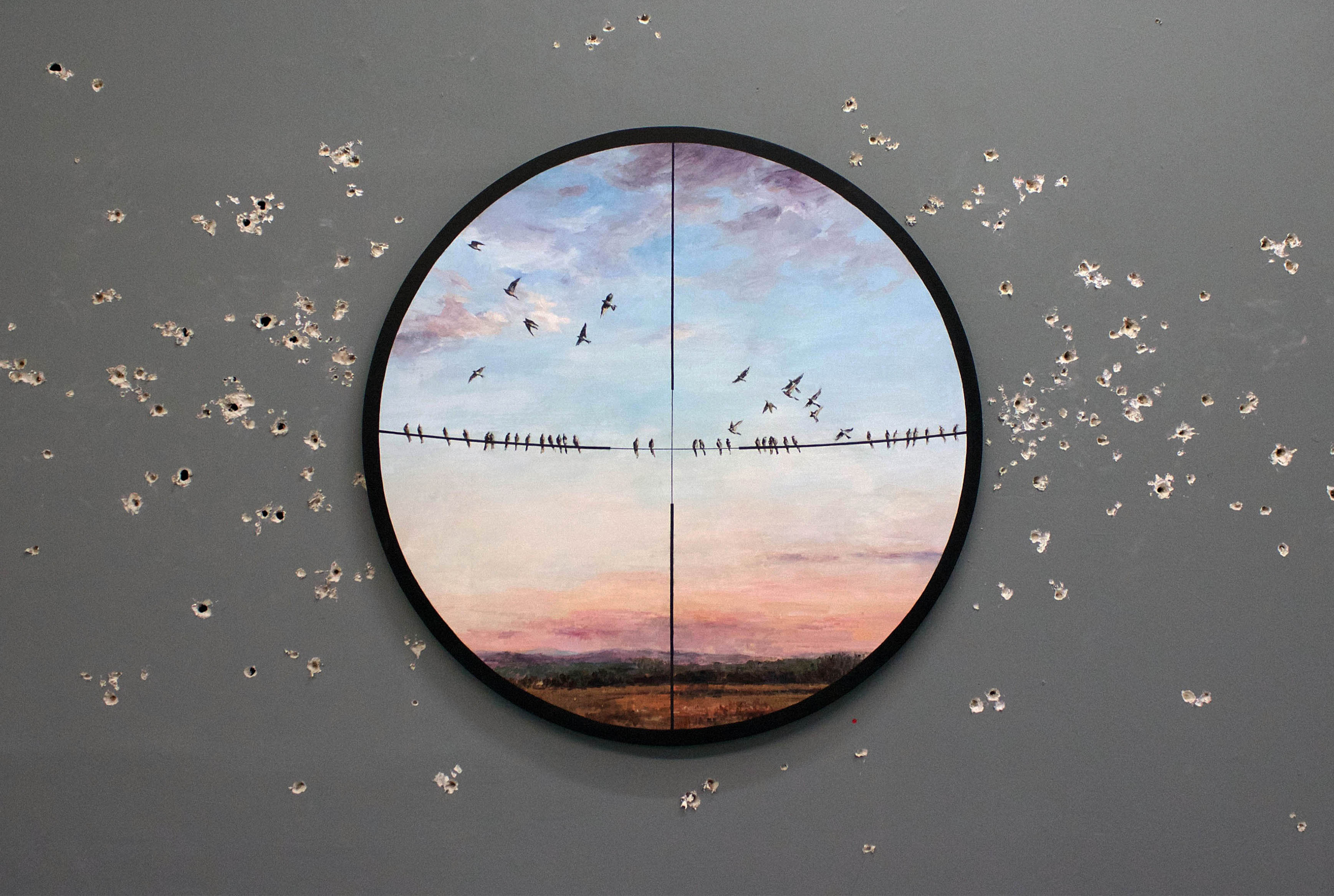 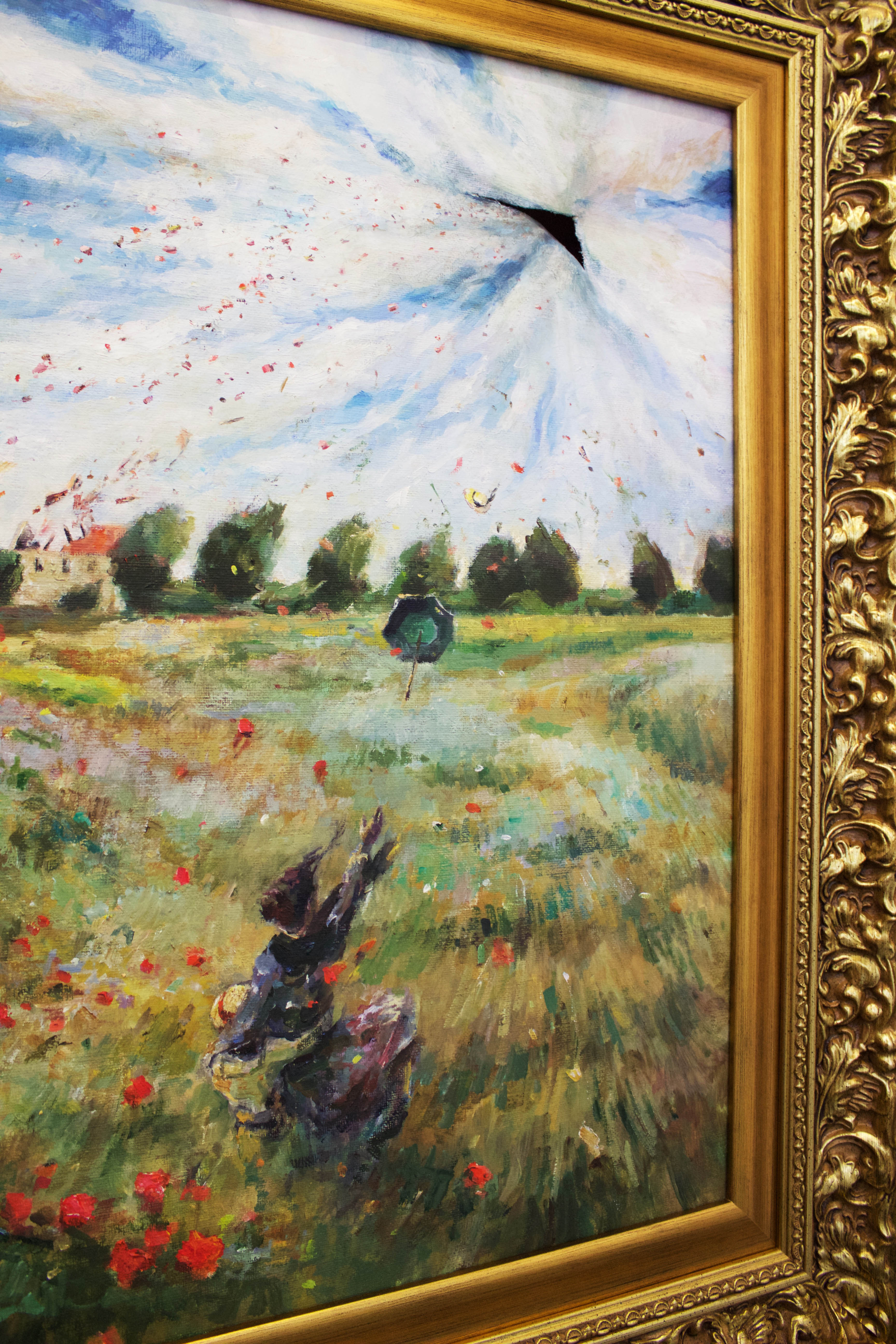 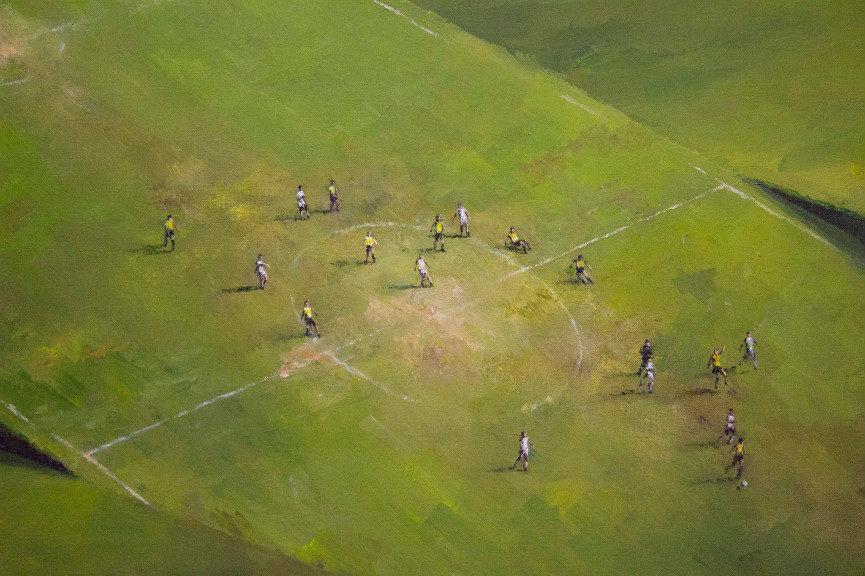 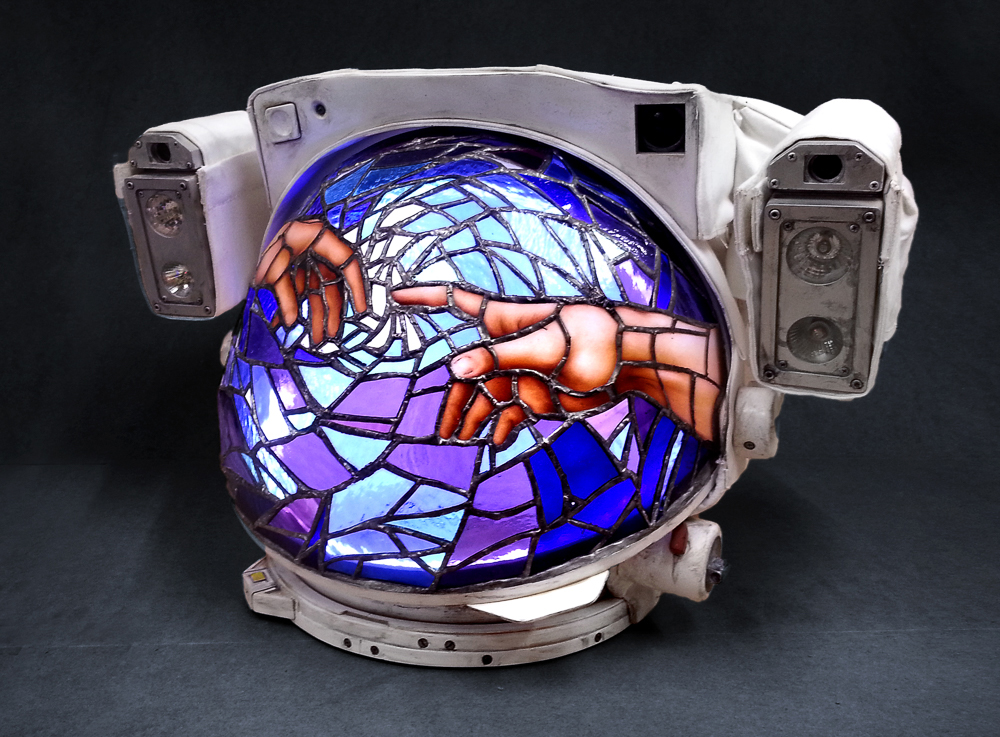 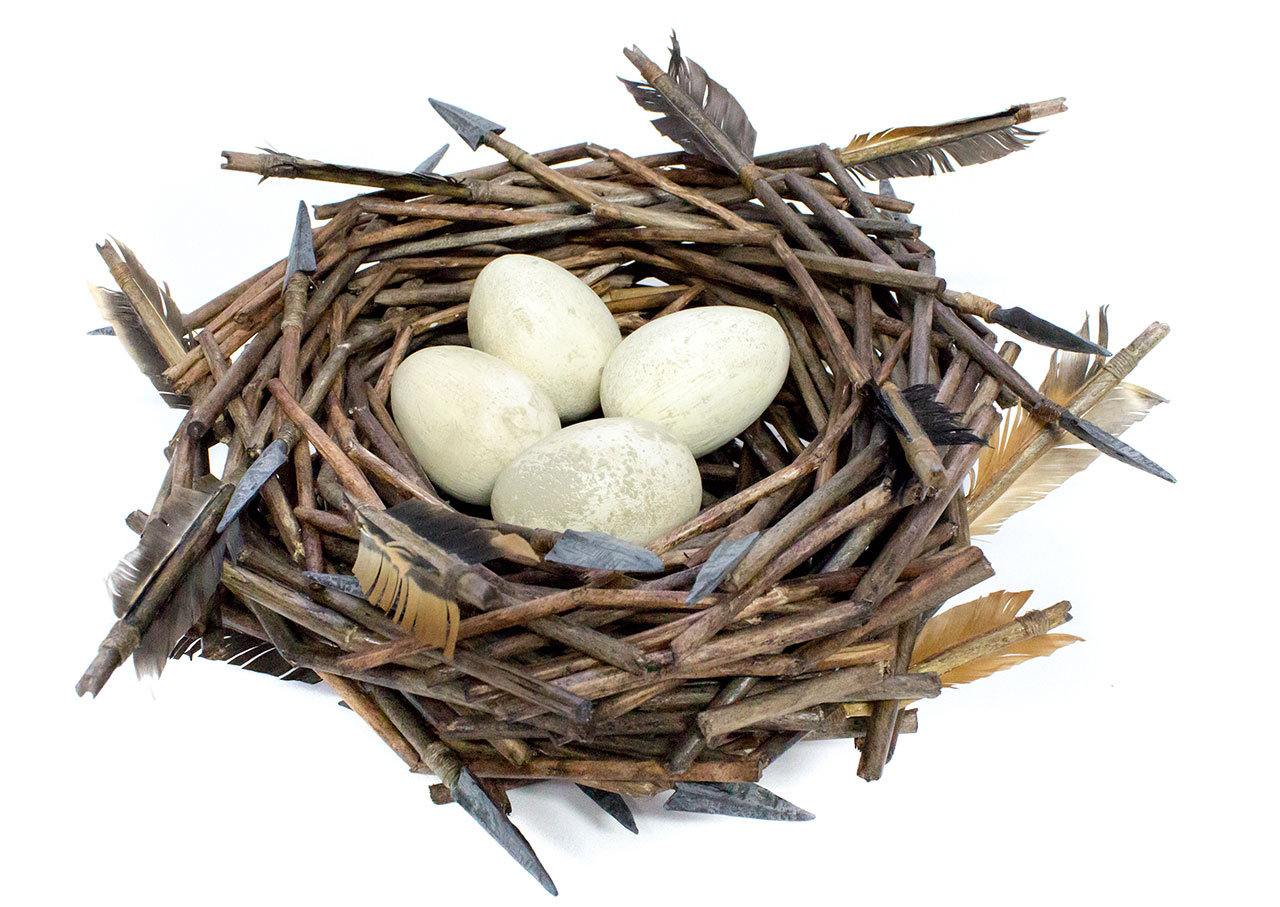 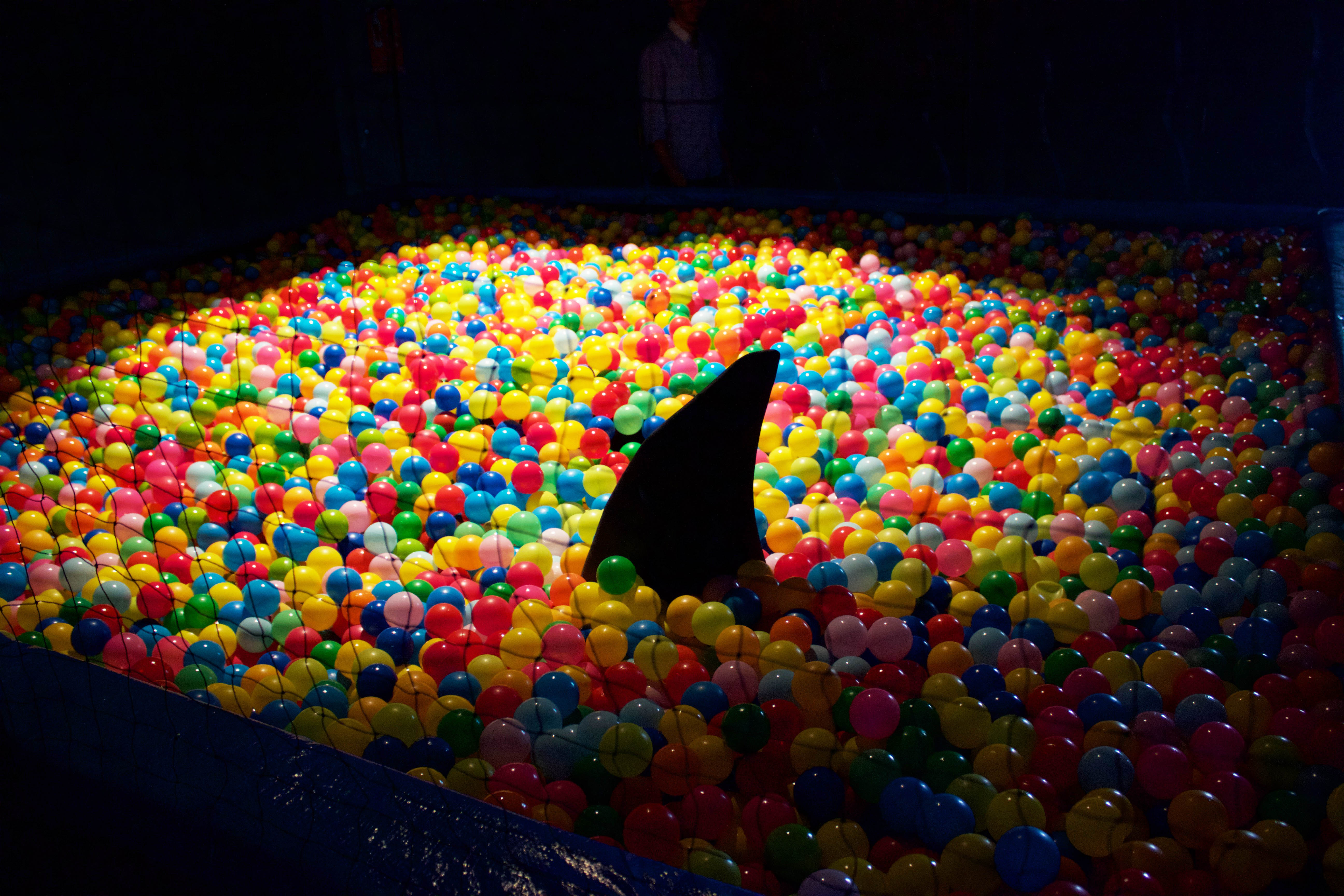 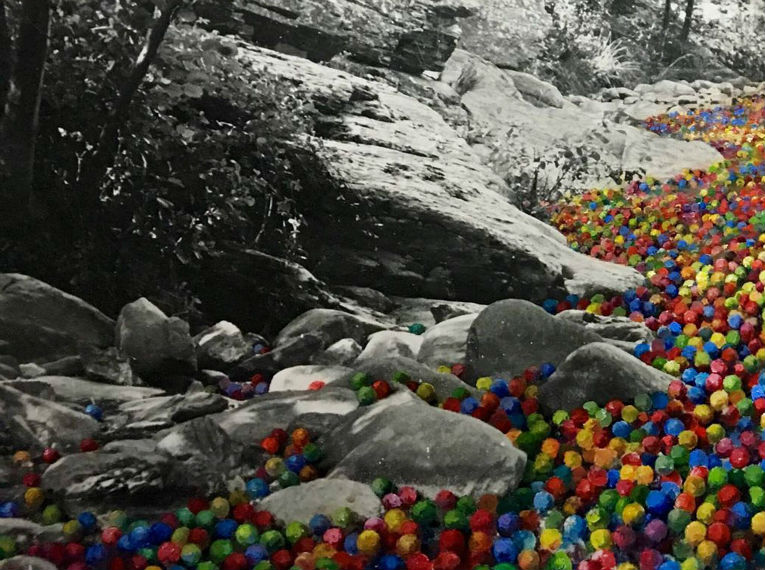 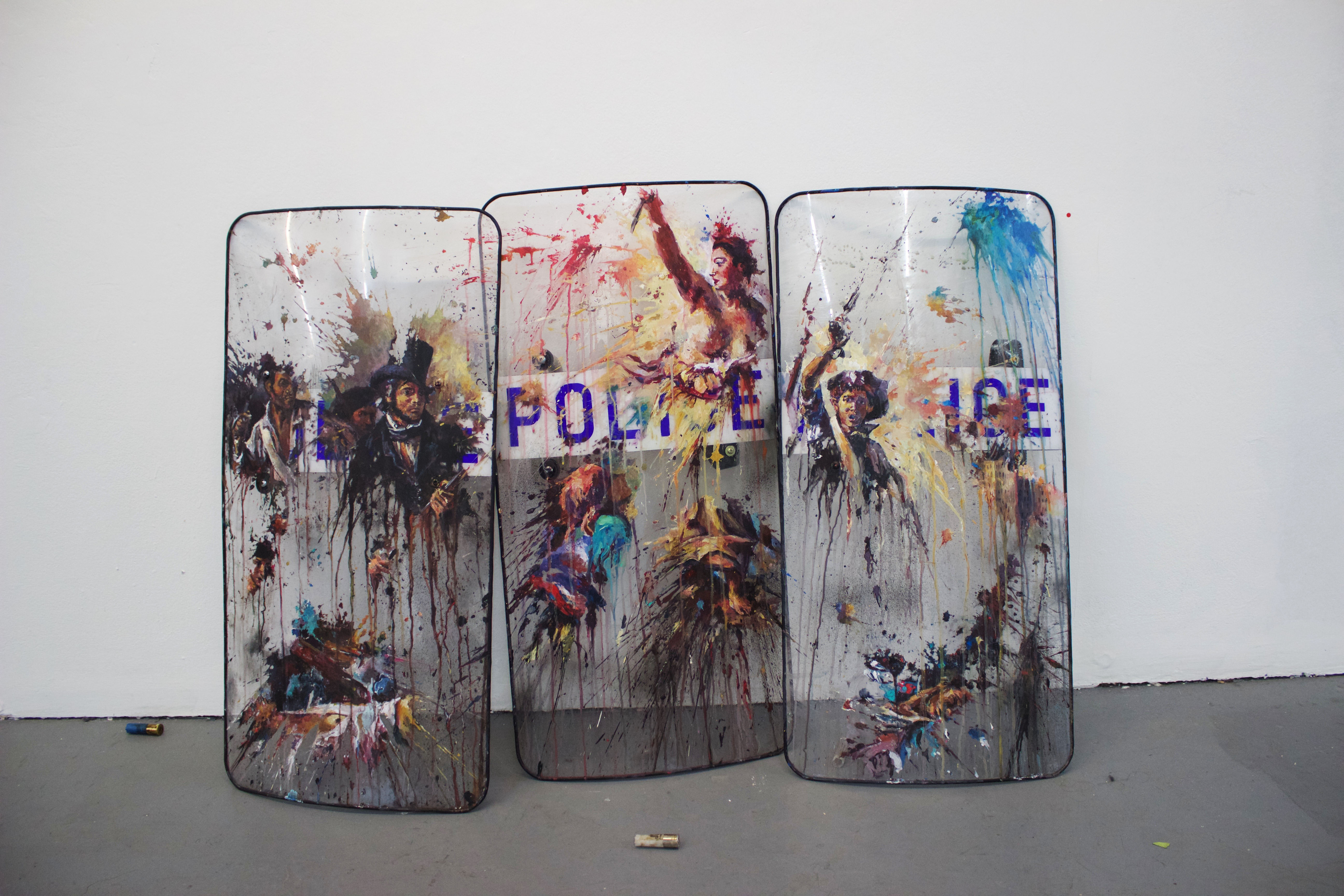 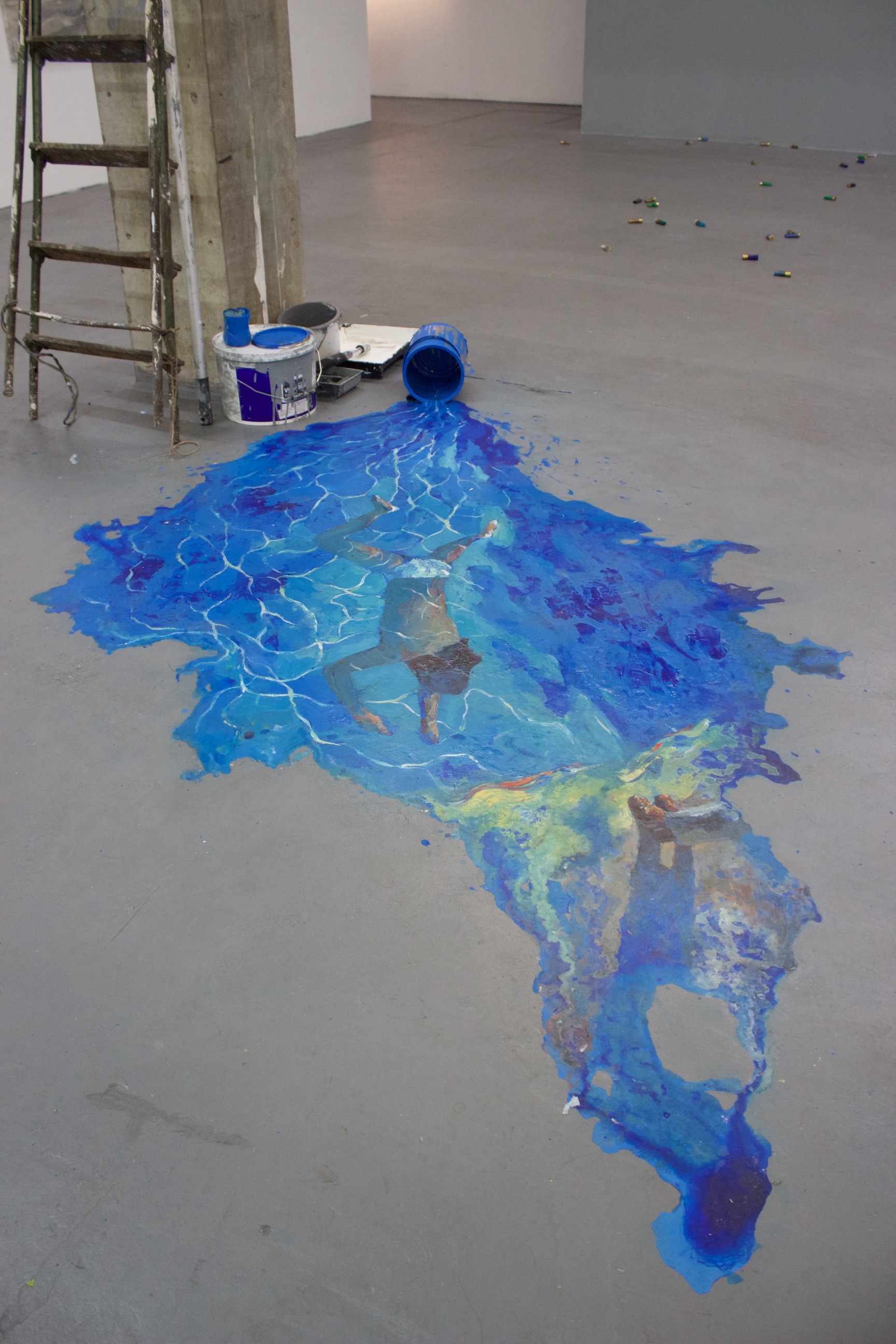 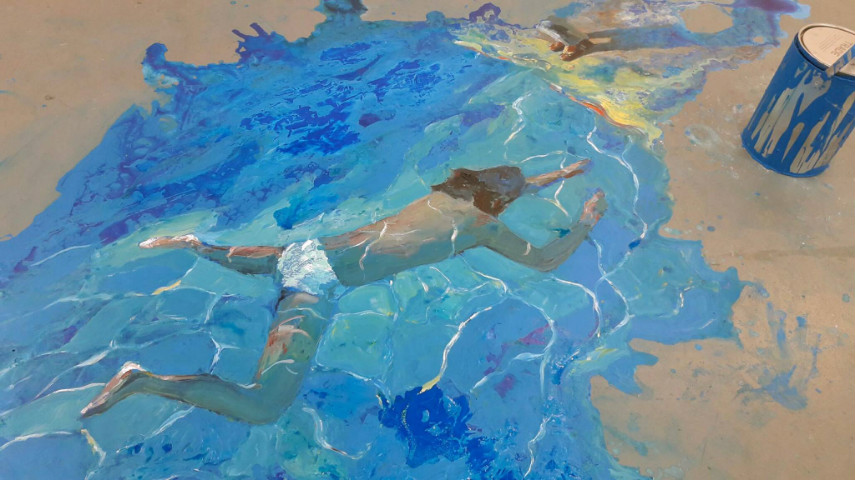