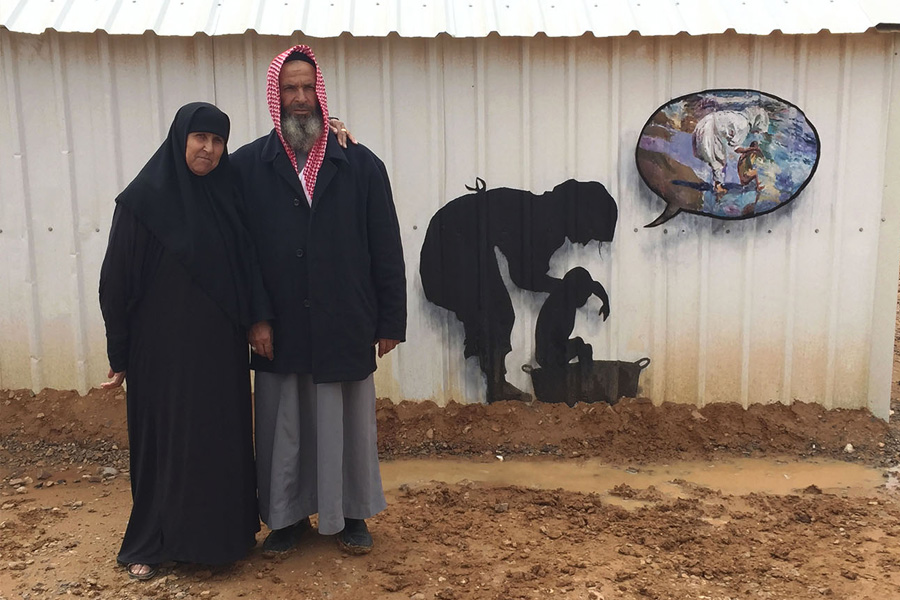 ‘A mother’s creativity is something truly admirable – how they manage to create a special world to protect their child by transforming reality into a better place,” — PEJAC

This work was made in the refugee camp of Al-Azraq where over 30.000 Syrians live and 200 more arrive each day. 56% of its population are children, while a third of them live only with their mother as the head of the family and to whom this artwork is dedicated to. In a creative and poetic manner the mother and child silhouette are compared to one in a painting by Spanish post impressionist Sorolla in the early 1900’s Playa de Valencia a la luz de la Mañana (Valencia Beach in the morning light). 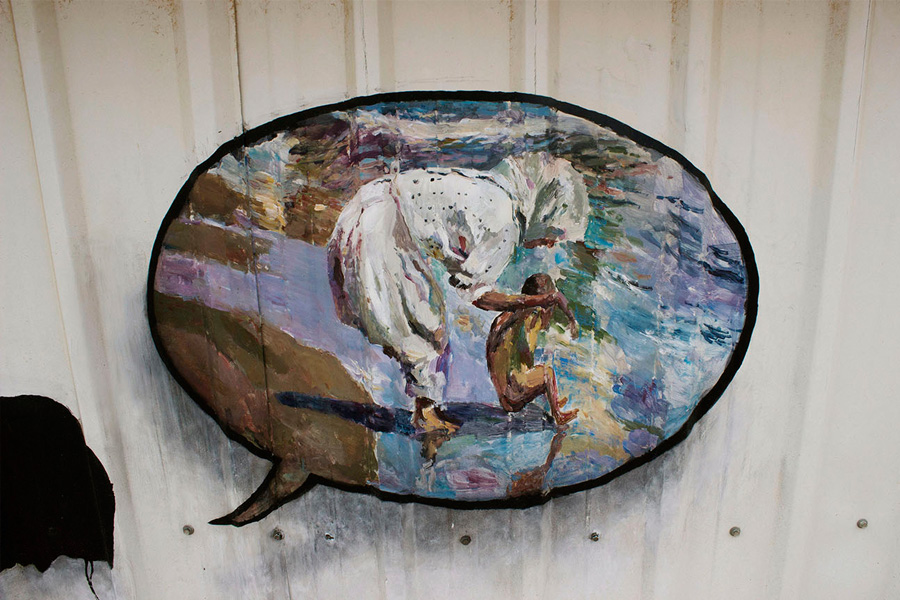 “This work is a double tribute. On the one hand I’m talking about Jordan, a country that has a long history of hospitality towards refugees. Today, for example, there are over 1.6 million Syrian refugees and over 2 million Palestine refugees in Jordan. On the other hand without knowing it, a big part of Jordan’s population and its future is being determined by, is in the hands of, the kids.” — PEJAC

Rotation was made in the bohemian and popular neighbourhood of Jabal Al-Weibdeh in Amman, right next to a kids playground and close by the impressive King Abdullah I Mosque. 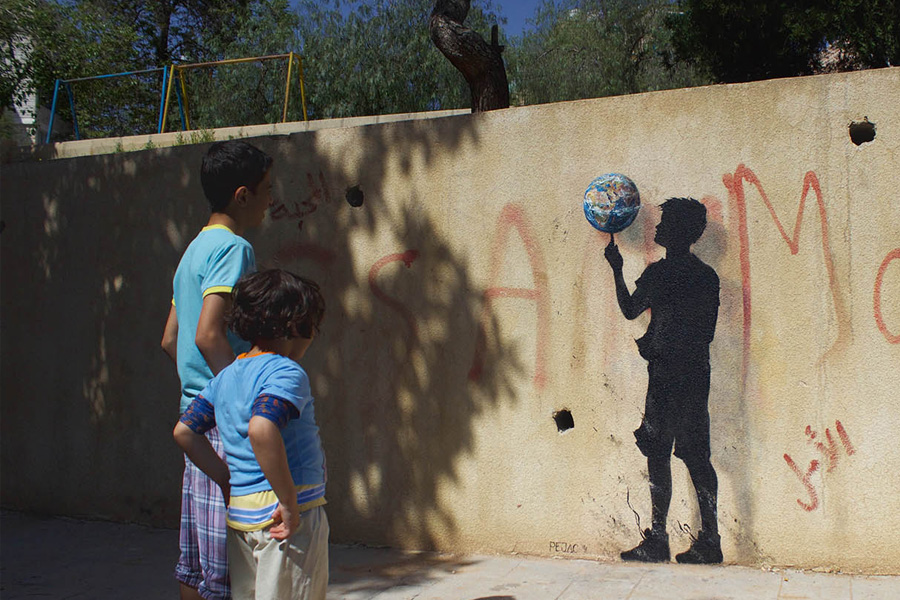 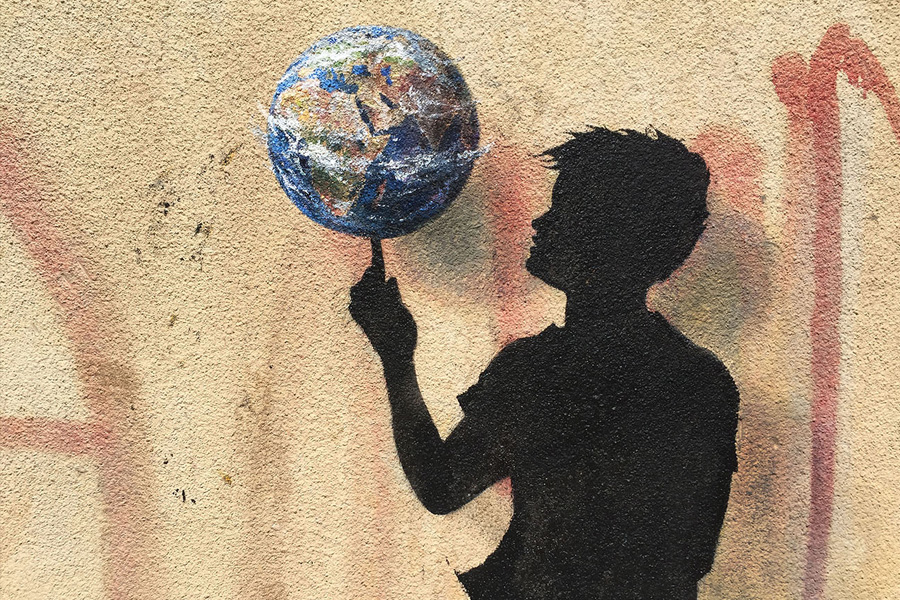