The desolate images of environmental havoc above are real—no CGI, no Photoshop, no illusions. It’s a simple mixture of art direction and the scourge of human waste.

This project was actually born some years ago when Pejac painted ‘Heavy Sea’ a watercolor featuring a lifesaver in a sea of disused tires. Later, during a voyage abroad, just some months ago, Pejac found himself in front of that very same landscape. It was a poetic nightmare made real. Being surrounded by hundreds of thousands (or millions?) tires was quite overwhelming and disturbing at the same time. More than a dump it felt like being in an endless graveyard.

Having the opportunity of making real a fictional idea was quite a challenging experience. It has been exciting while also very dramatic. The more time Pejac spent there the more evident became the relation failure between human kind and the earth. 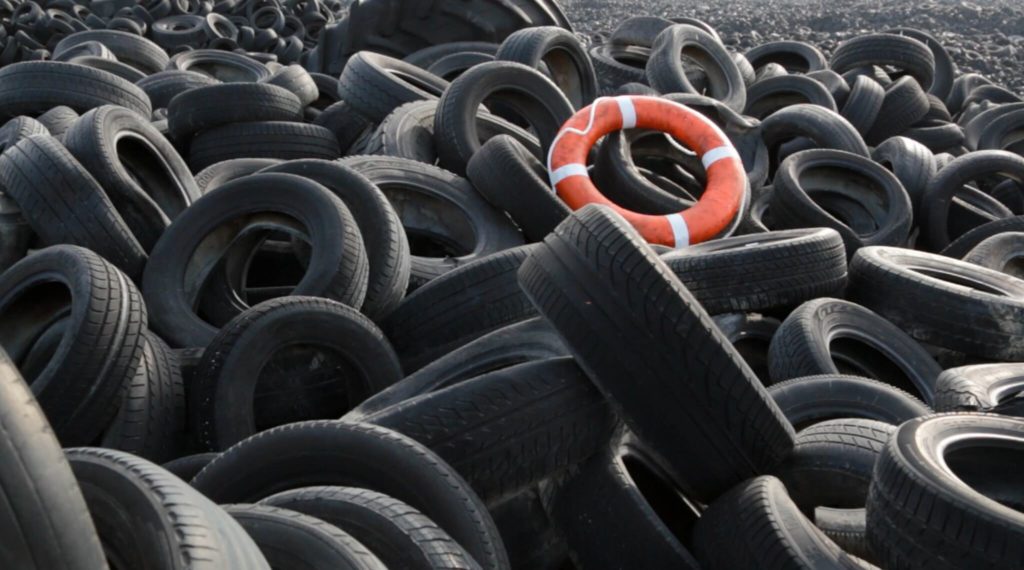