In November 2012 oil tanker “MV Prestige” split in half and sank off the coast of Galicia in northern Spain. Carrying 77,000 metric tons of heavy fuel oil the structurally deficient vessel caused the largest environmental disaster in the history of both Spain and Portugal.

With “Desprestigio” Pejac wanted to create a dark souvenir to human ignorance and lack of environmental responsibility, while producing his 1st sculptural edition to date. The spill polluted thousands of kilometers of the Spanish, French and Portuguese coastline, strongly affecting artist’s native region. Along with, once again, turning the disastrous real life story into a firm base for a poetic work, Pejac took almost meditative approach to creating this highly personal release – tirelessly hand painting and assembling each of the 30 exact replicas of the wretched tanker. From recreating all the details of the aged and weathered carrier, tenaciously stenciling its name (desprestigio – discredit/disgrace), to using PET plastic bottle as a common example of derivative product of crude oil, the artist developed a complex process using different techniques and setting new standards for his editioned works along the way.

‘’This piece talks about the tragedy that covered the coast of my country in black 15 years ago, and whose damages to nature are still visible today. I chose this particular case, but want to extend it to all the environmental tragedies that happen on our seas and oceans every few years. Desprestigio works as a dark souvenir of a fact that should not be forgotten: we must, and can, be much better guests on Earth. After all, this work is a message in a bottle.’’  PEJAC 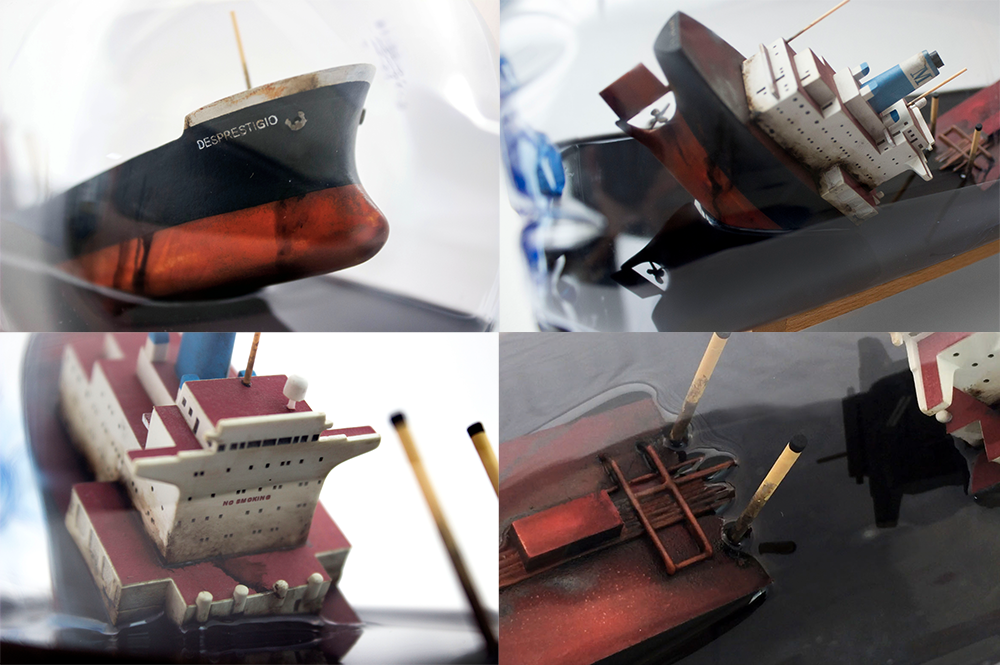 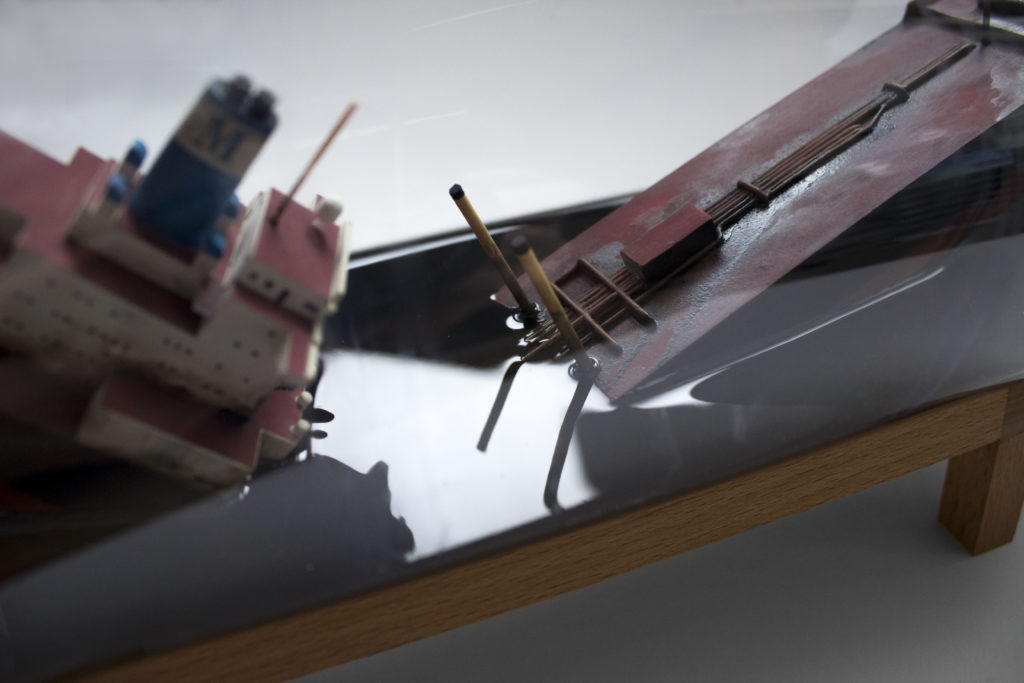 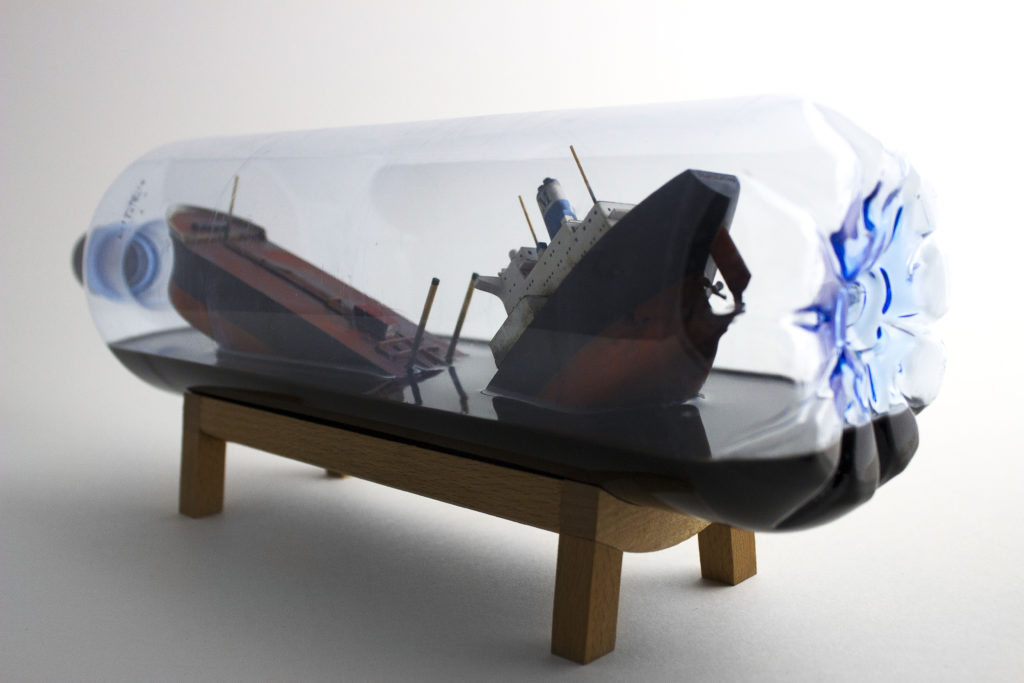 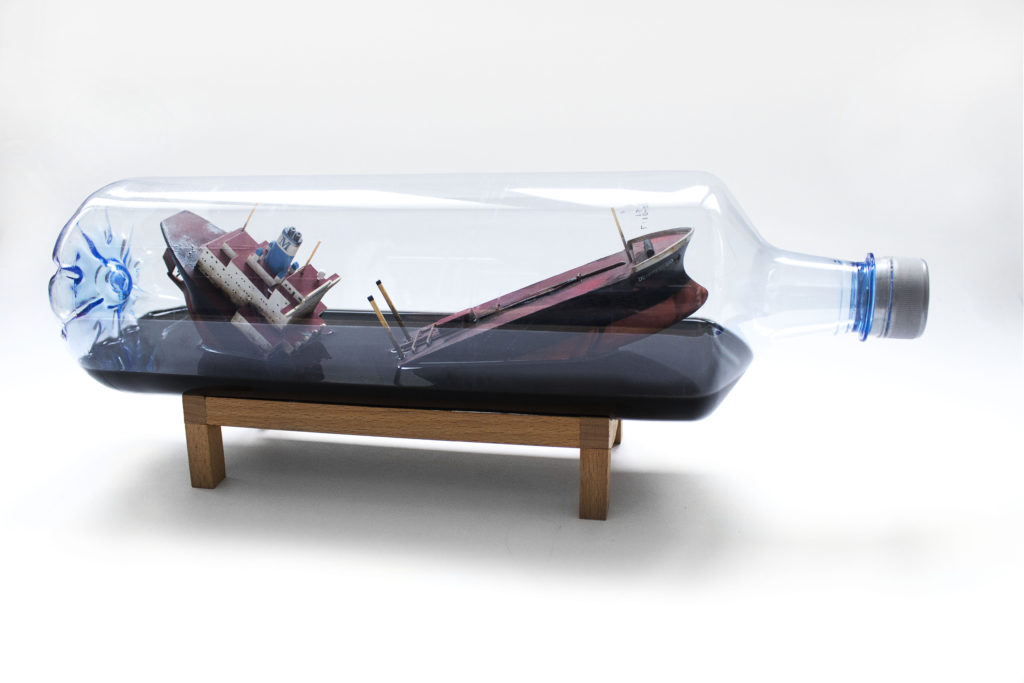