Renowned Australian muralist Guido Van Helten has finished his artistic intervention in Bodega Solar de Samaniego Laguardia (Álava). During 4 weeks he transformed the old concrete tanks in the winery, located in the Middle Million Space. This is the first work done in Spain by the famous artist and from July it can be enjoyed by all those visiting the winery.

The seven murals of more than 10 meters high, depict wine-related inhabitants of the area selected by the artist himself. Through them Van Helten interprets the philosophy of the winery ‘Drinking Between the Lines’ and interleaves the creative processes of wine and literature, while recovering a wine industrial heritage dating back to 1970. The murals take advantage of the deposits curvature, texture and color of their cement to create a monumental and impressive built in the industrial environment where it is located.

Guido Van Helten, a native of Brisbane (Australia), known for his photorealistic style and his mastery of figurative drawing. He has worked in various urban and industrial settings, from Iceland to Chernobyl. Besides being his first intervention in Spain, the Solar de Samaniego artworks are his very first intervention of this size made indoors.

Artistic and architectural scenery of ‘Drinking Between Lines’

The artistic intervention of Van Helten is part of the Drinking Between Lines initiative and part of Solar de Samaniego’s bet to regain its industrial spaces and convert their facilities and vineyards on a big stage where writers, illustrators, artists and architects display their creativity and personal vision of the fusion of wine and literature.

The murals at the Half Million Space join from now the rest of artistic and architectural attractions of the winery, along with the interior design by Lázaro Rosa-Violán, designer of shops, restaurants and hotels around the world, or the exhibition of the original drawings Elena Odriozola, National illustration Award, made for the collection ‘7 Strains’.

The murals of Guido Van Helten are included in the itinerary of the visit to the facilities of the Bodega Solar de Samaniego, located in the town of Laguardia (Álava), in the heart of La Rioja. More information and reservations visit on the web. 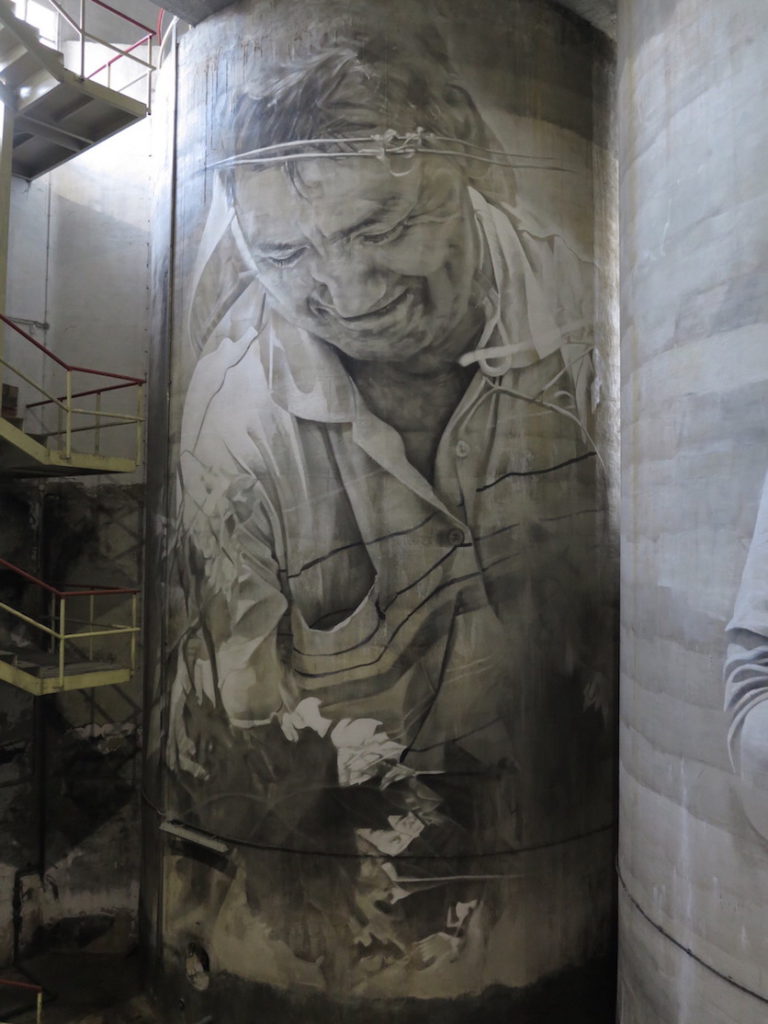 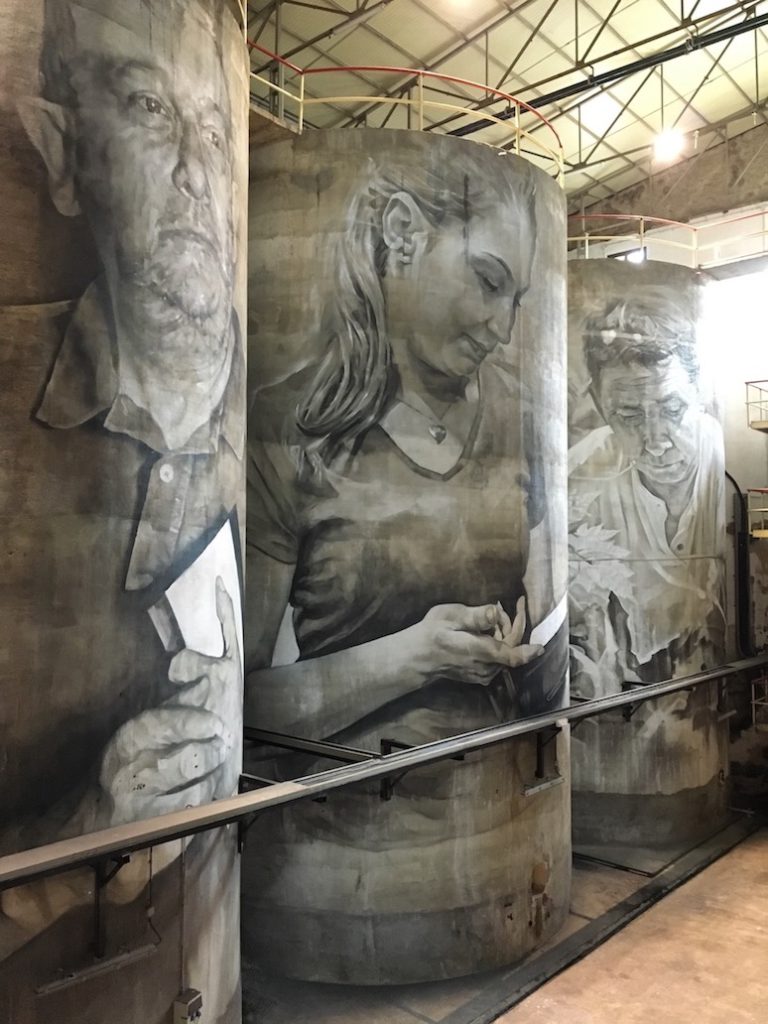 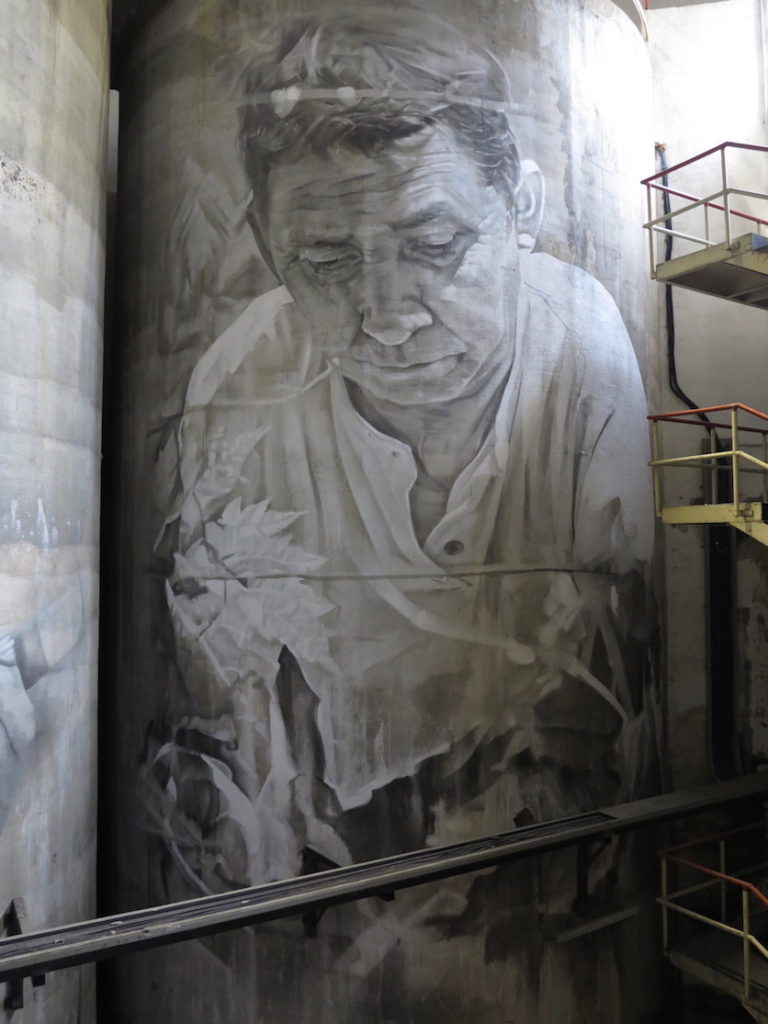 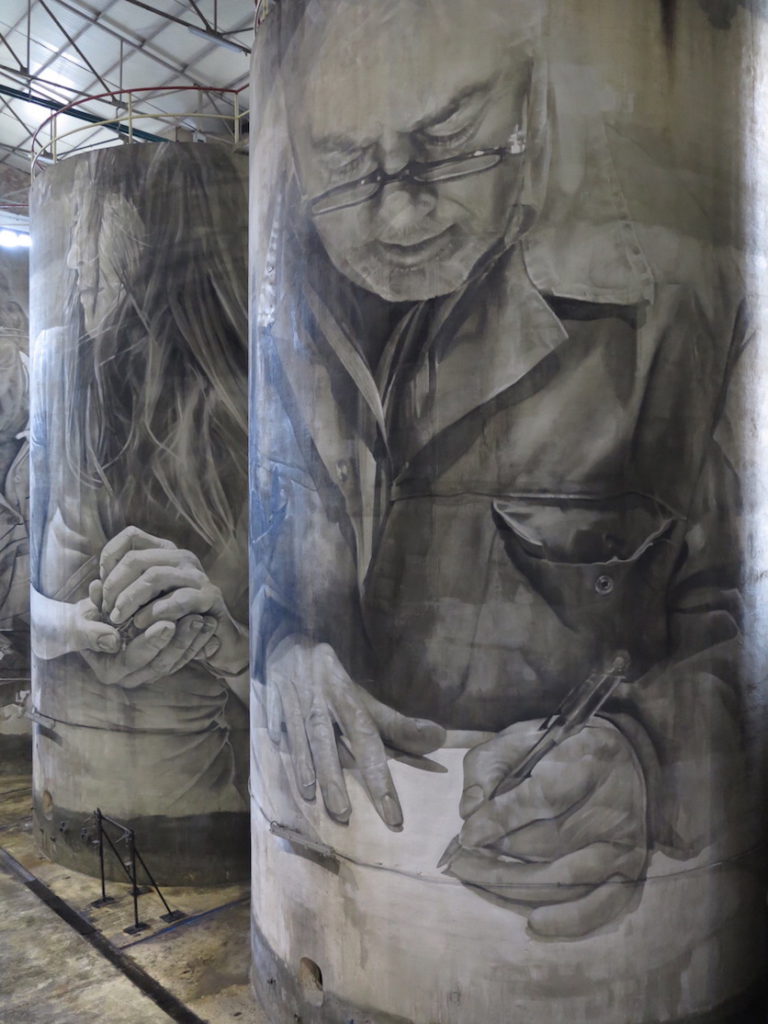 What is Solar de Samaniego

Solar de Samaniego is a winery group with vineyards and wineries in the historic regions of the La Rioja (Laguardia, Alava) and the Ribera del Duero (Roa, Burgos). This ‘Riojano’ group was a pioneer in creating in 1982 the Solar de Samaniego Brotherhood, one society that offers its members limited editions, advantages in purchasing and access to wine, culinary and cultural experiences in the cellar.

What is Drinking Between Lines

Drinking Between the Lines is the fusion of wine and literature cultures of Solar de Samaniego group through a multidisciplinary creative proposal. This philosophy is inspired by the first wines born at the Finca La Escobosa, belonging to the winery and which was owned by the writer Felix Maria de Samaniego in the eighteenth century. Drinking Between the Lines integrates this literary spirit in the premises of the wine group, in the personality of their wines and in each of its artistic and cultural initiatives.