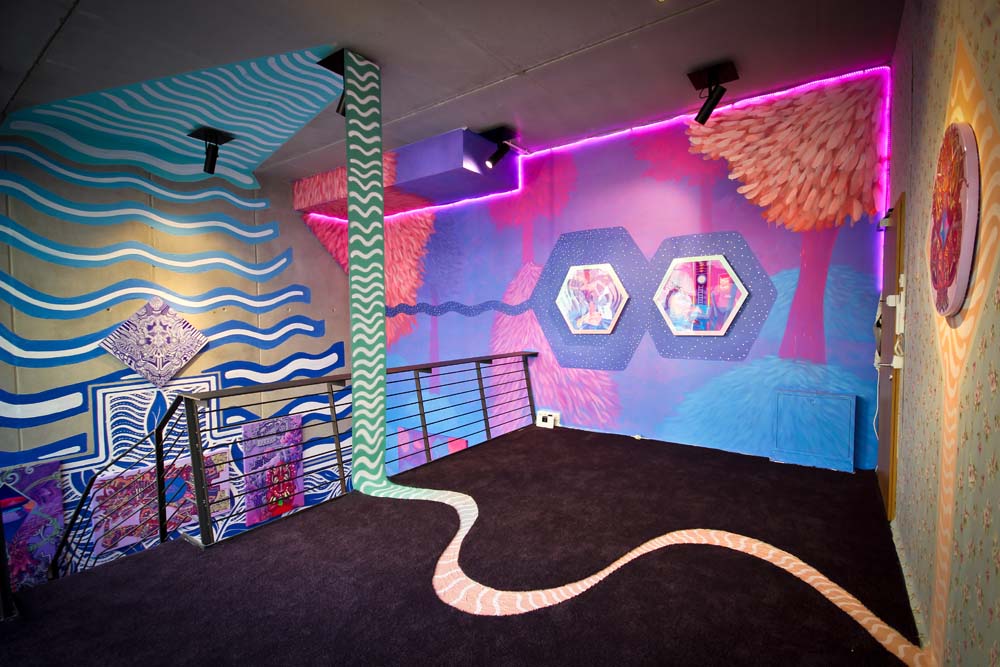 With his exhibition at BC Gallery Curiot is taking us on a surreal, futuristic journey into a parallel universe to accompany his alter ego named Xikatze. As one can presume by looking at the exhibition’s title ‚Act II, Volume IV‚ this exhibition has to be seen in a bigger context. It is in fact part of a whole visualized sci-fi story which involves several exhibitions and reflects the artist’s inner identification process, digging deeply into his experience with Mexican culture and it’s ancient gods and spirits that have influenced him since his early childhood.

Act II, Volume IV will show the spectator an open portal to an alternate reality. Created in the real world, it will provide an out of context experience with the intention to bridge the gap between the real and the virtual. Since Act I ended with a transcendent death-like experience for Curiot’s characters, Act II is exploring the idea of what comes after this transition, what kind of worlds you would travel, the things you would eventually encounter or what lessons you might learn from the experiance.

Mexican painter and street artist Curiot was born deep into the Mayan jungle near the cascading spirits, in an unexplored section of the jungle. As a part of a small tribe named ‚Tlaltzotl‘ which can be translated as ‚guardians of the path‘ he was introduced to alternate realities from early on. Nevertheless he decided to go for a classic Fine Arts education at the Universidad Michoacana de S.N. Hidalgo where he graduated in 2008. Since then his paintings have been exhibited in solo and group exhibitions throughout South America, the U.S. and Europe cooperating with notable galleries such as Thinkspace Gallery or FFDG Gallery.

His paintings which distinguish themselves through an extraordinary use of strong colors, usually appear in a very psychedelic mood. By mixing abstracted ornamental and geometrical shapes he picks up ancient Mexican mythology and transfers these gods and spirits into a new modern, even futuristic looking scenario. 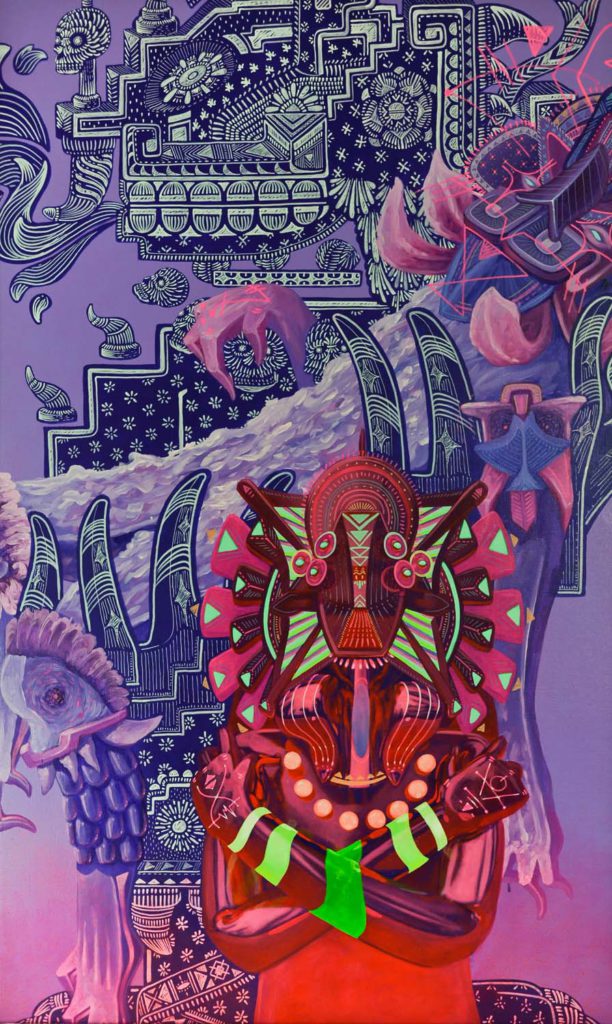 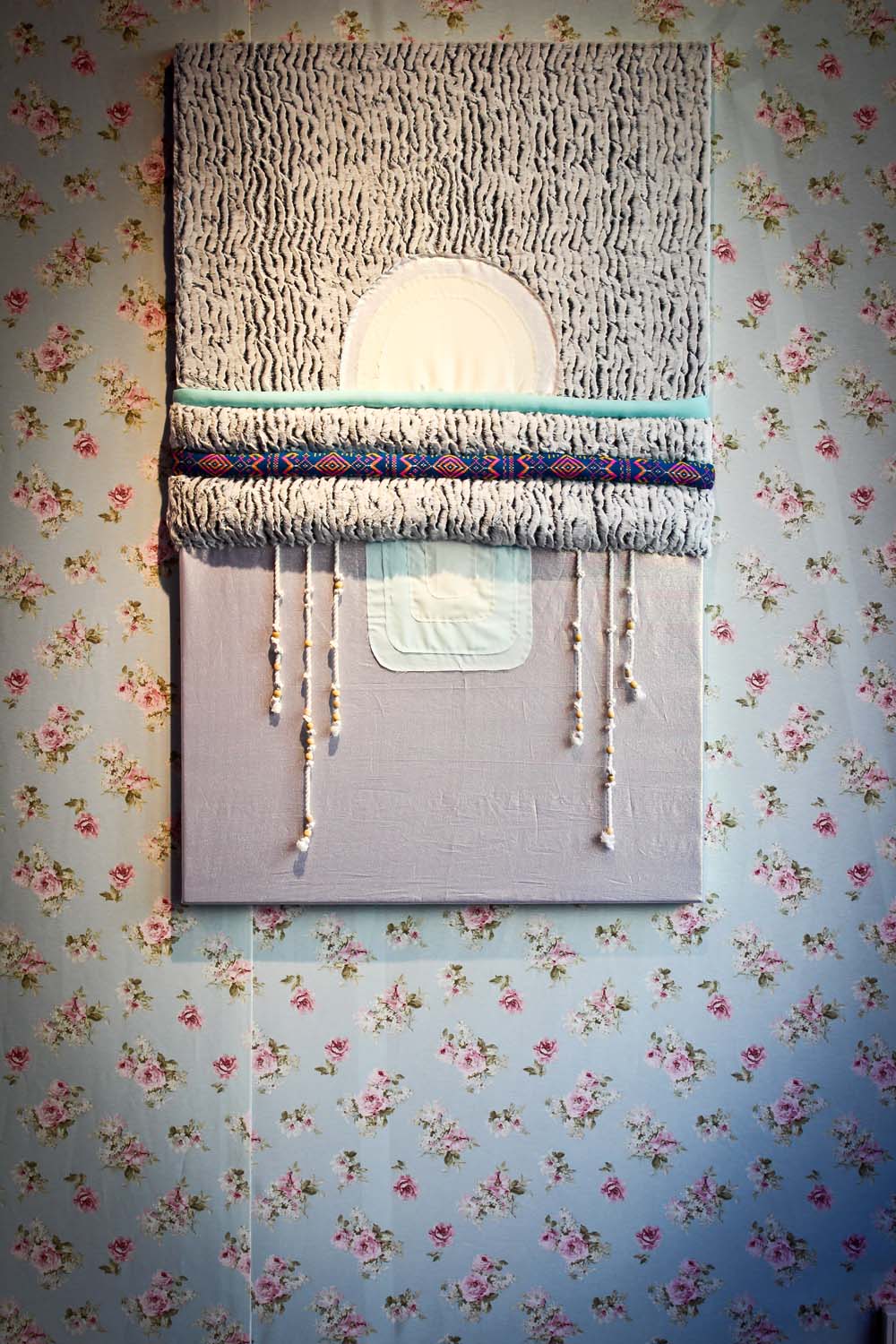 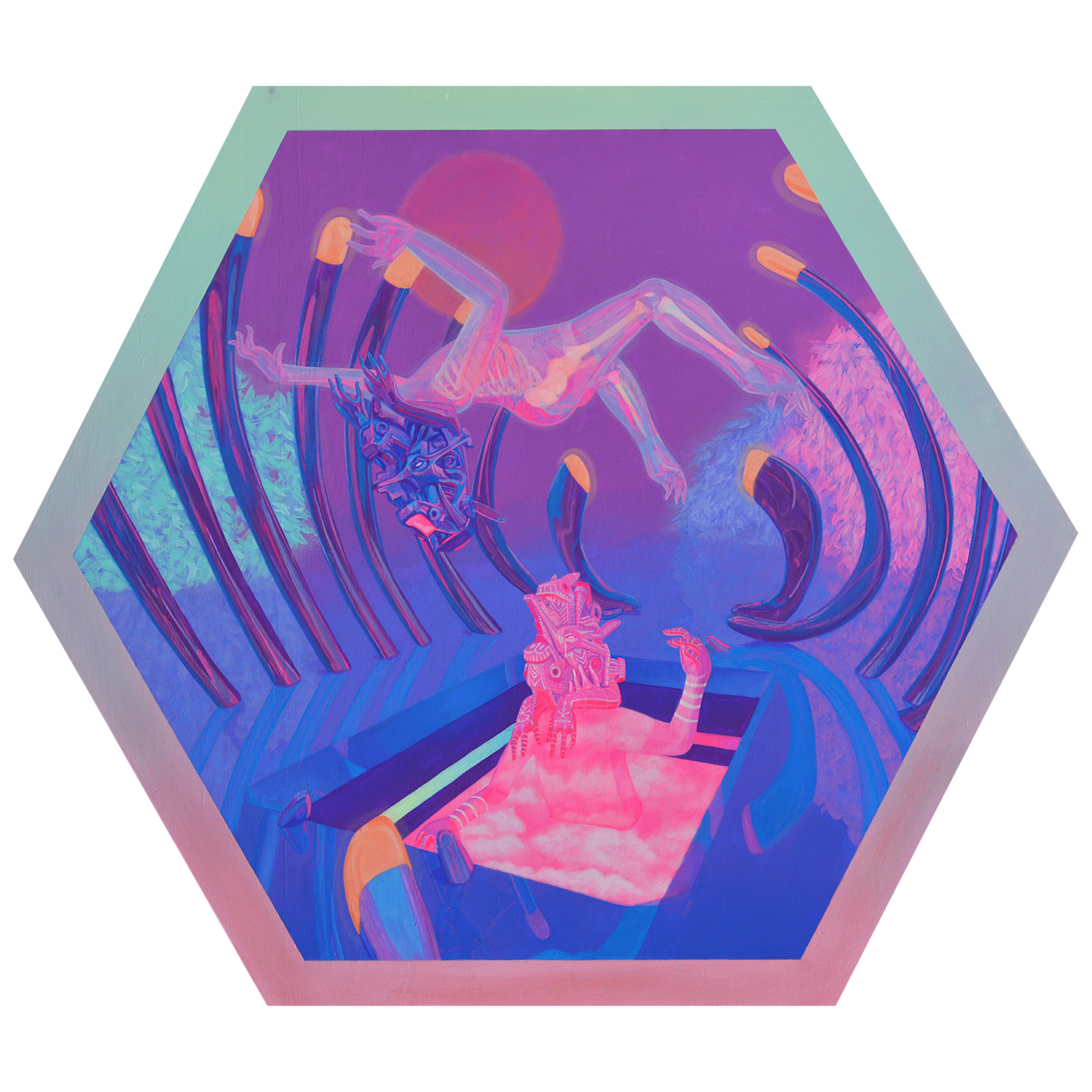 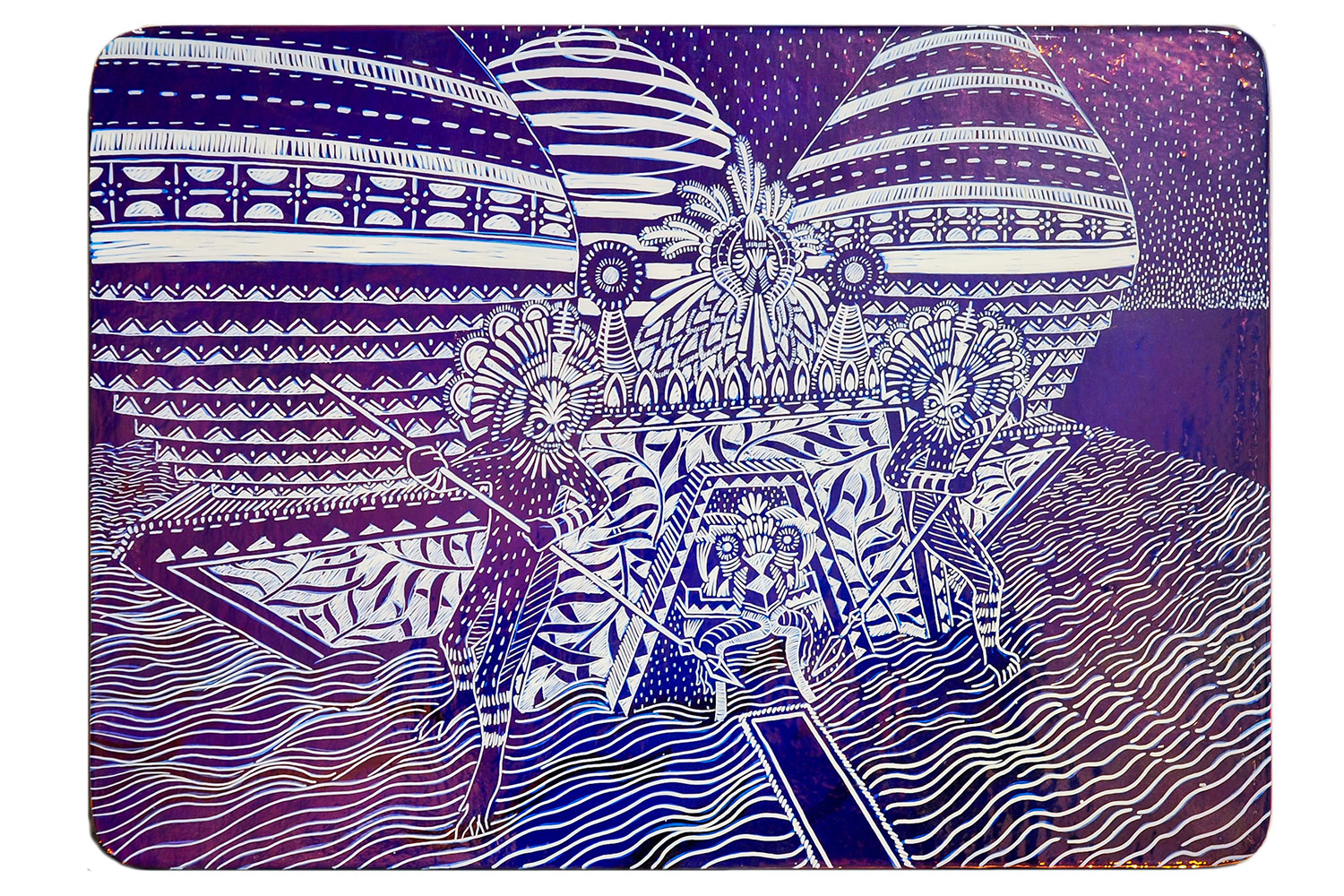 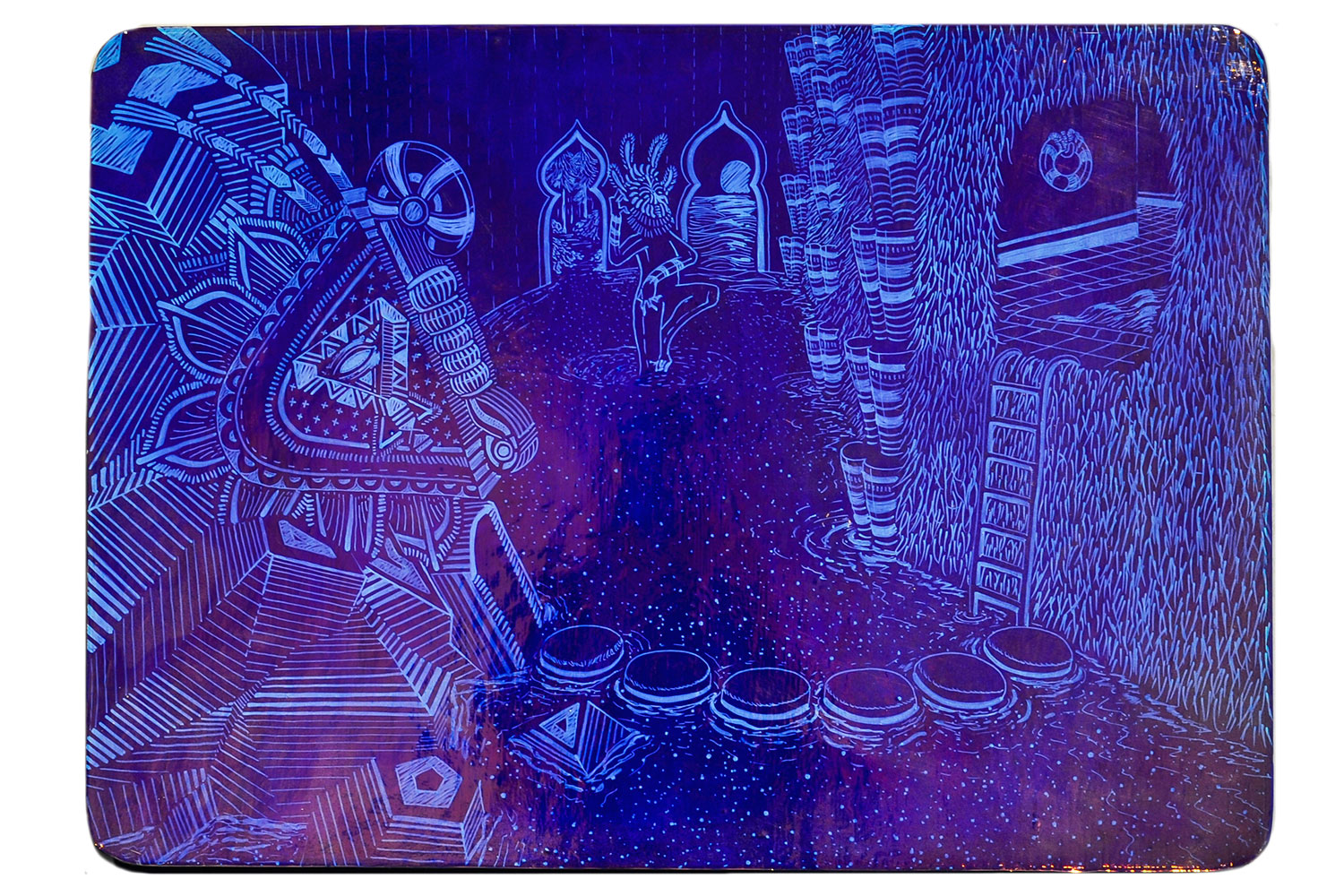 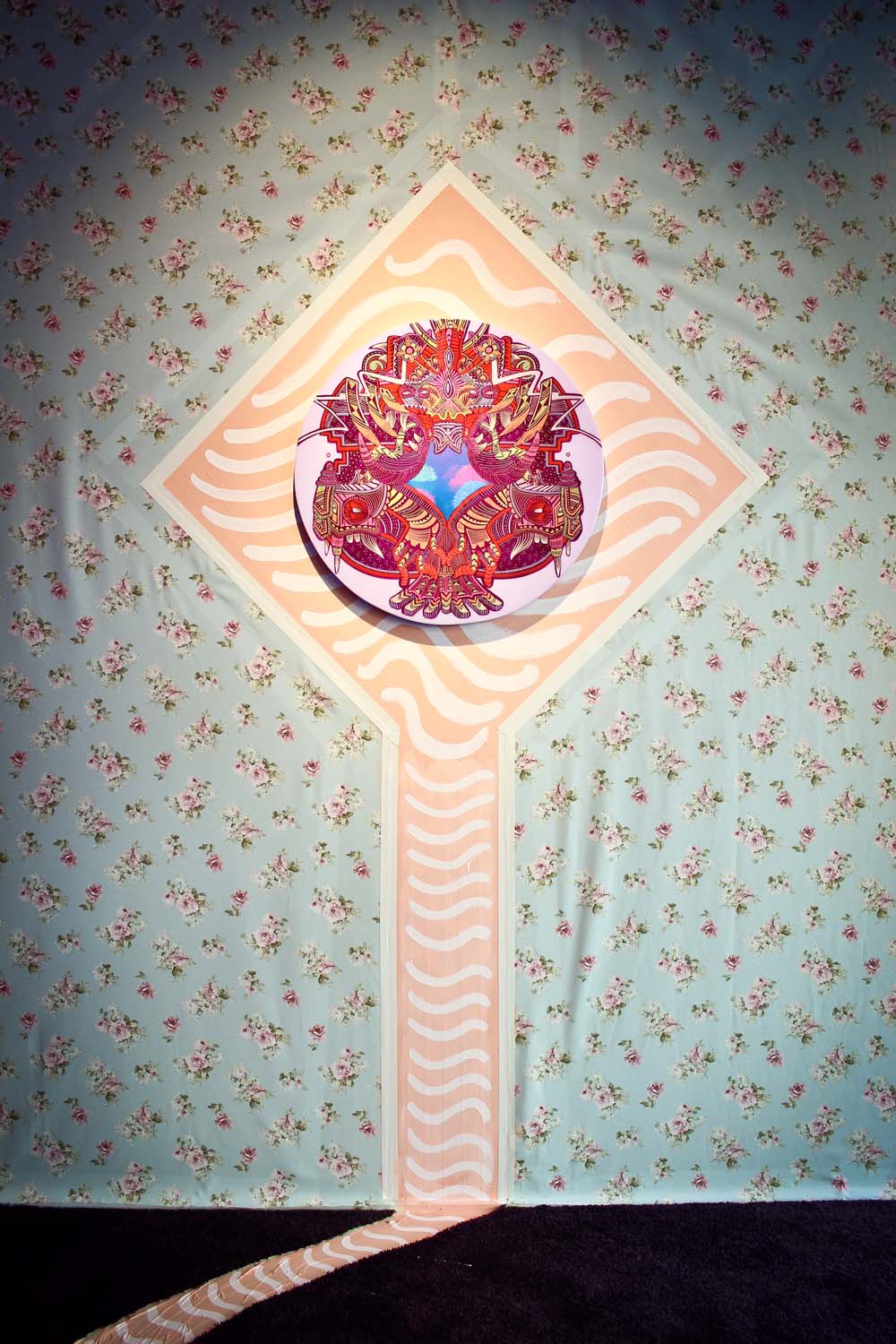 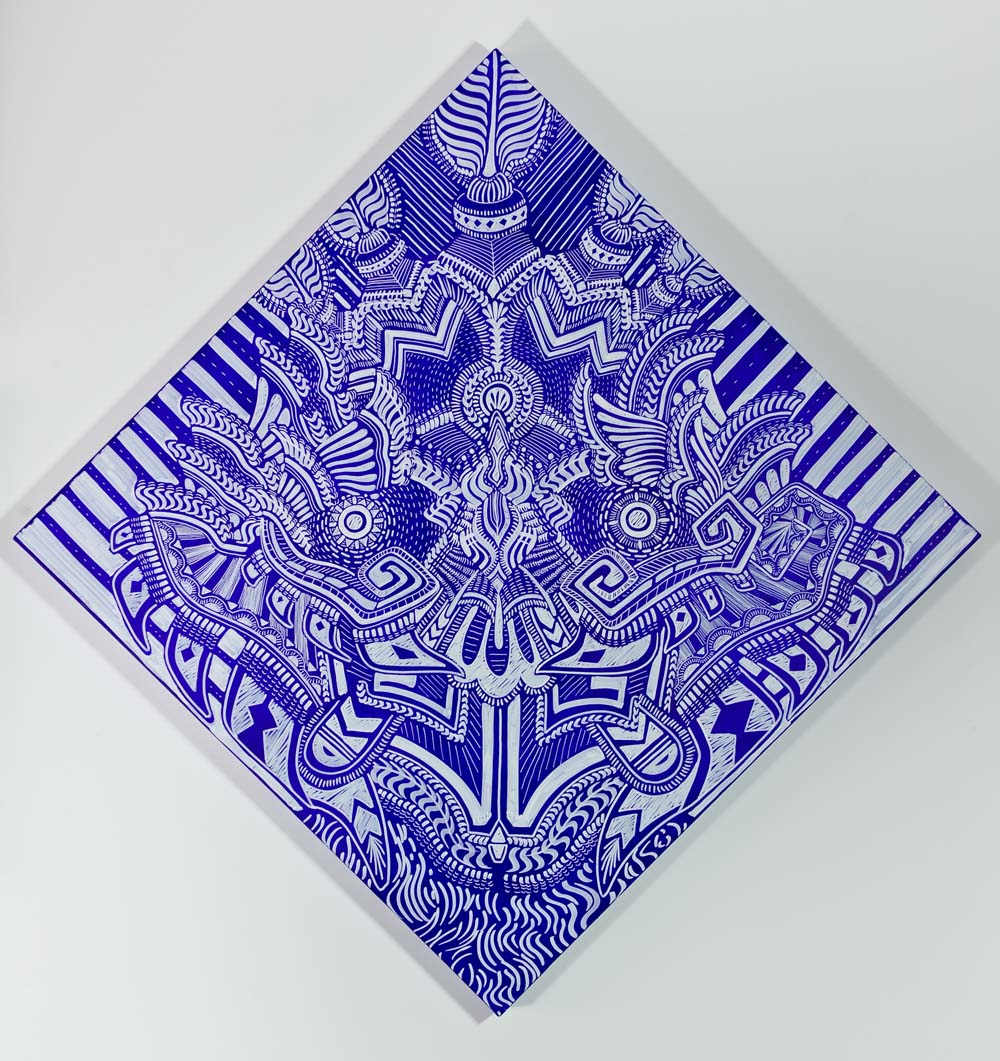 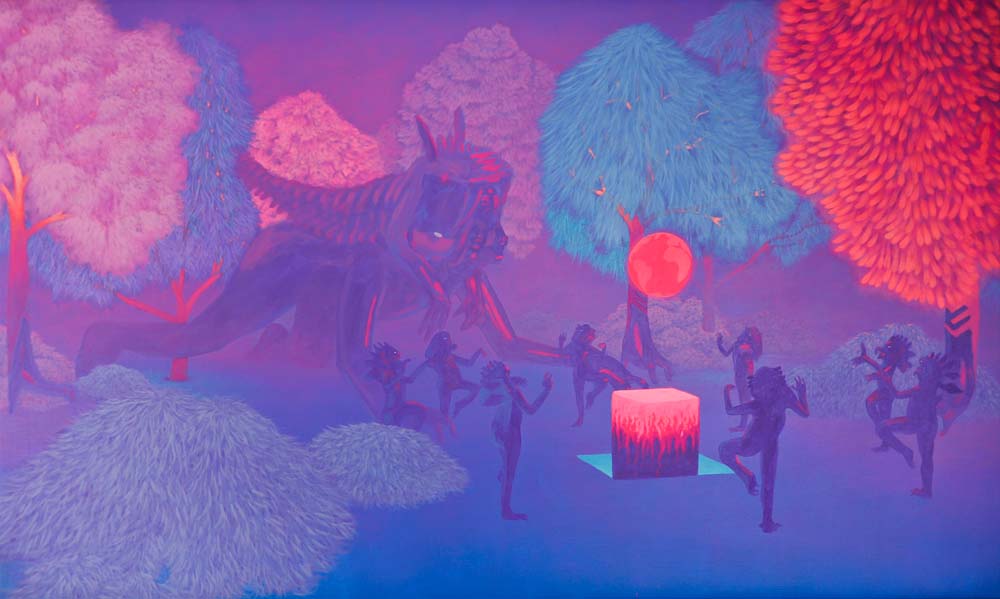 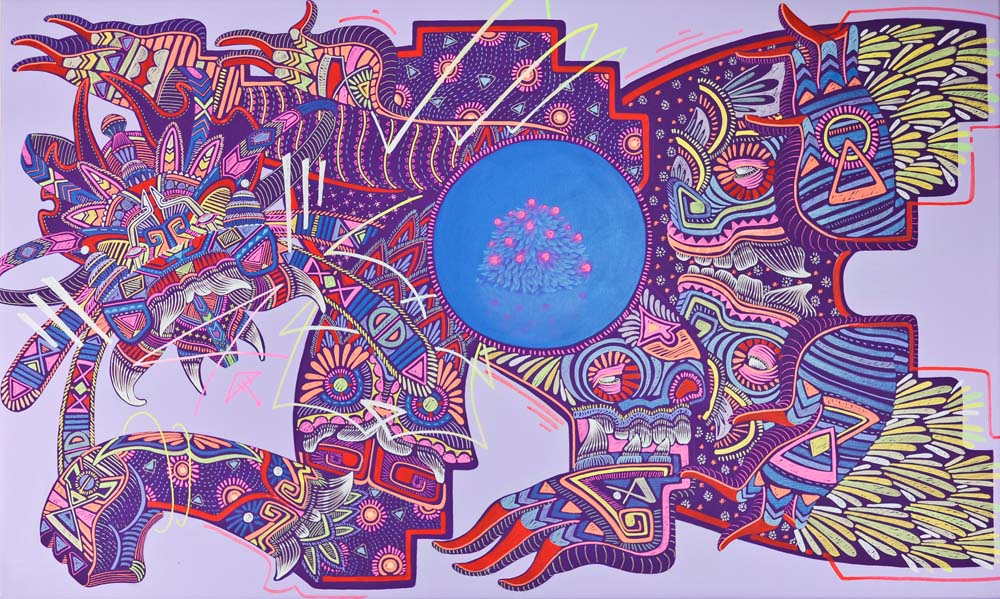 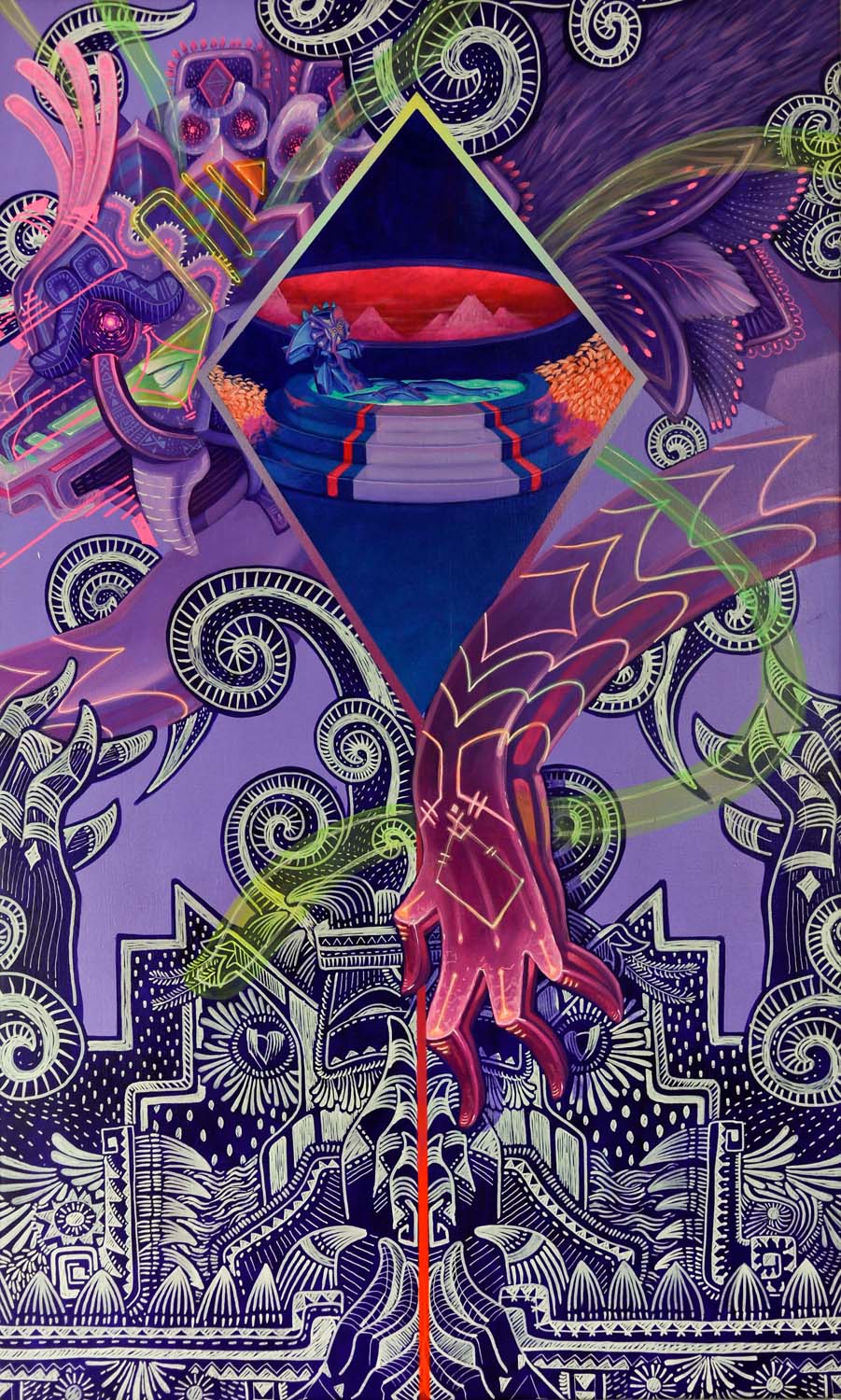 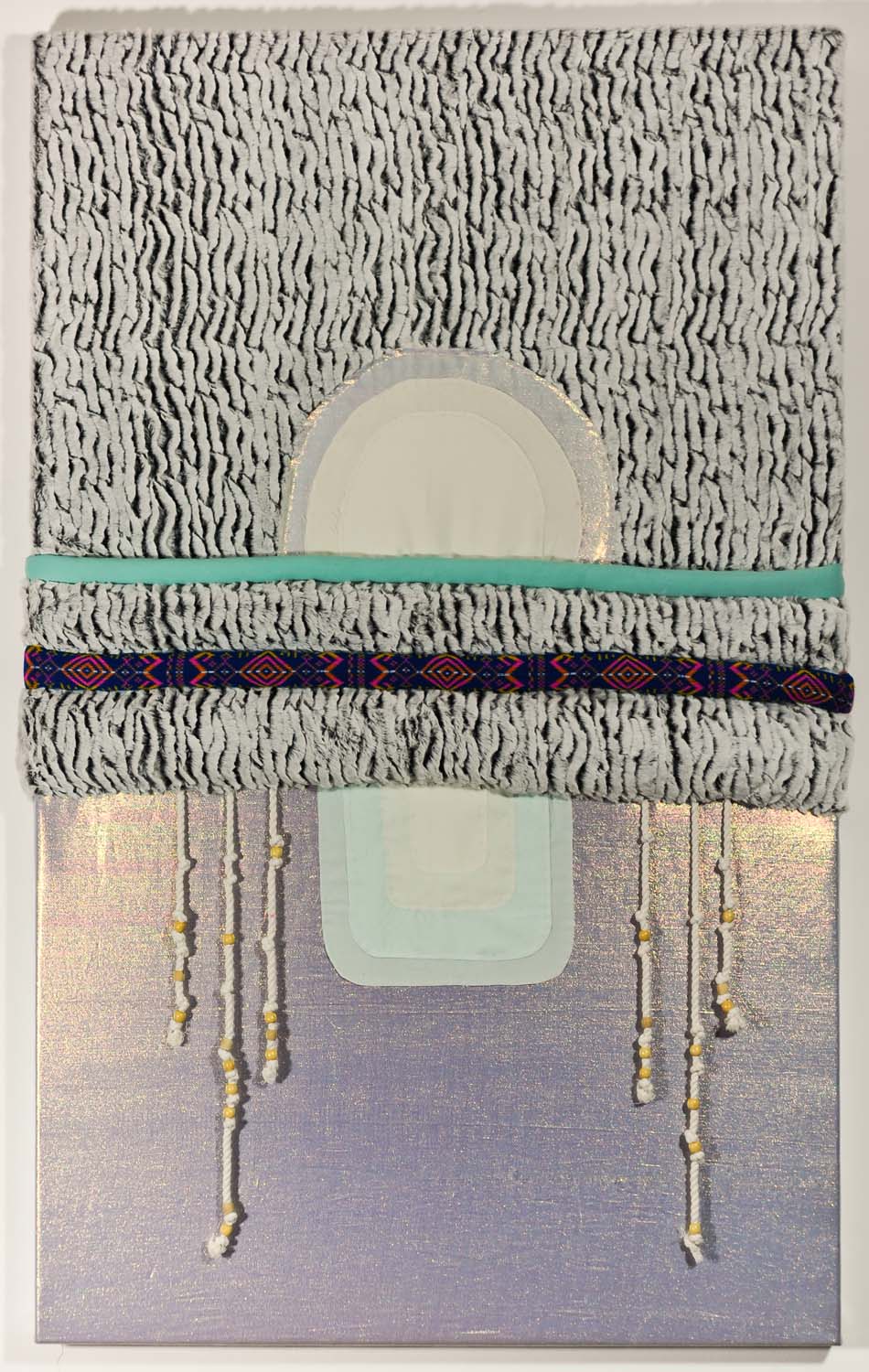 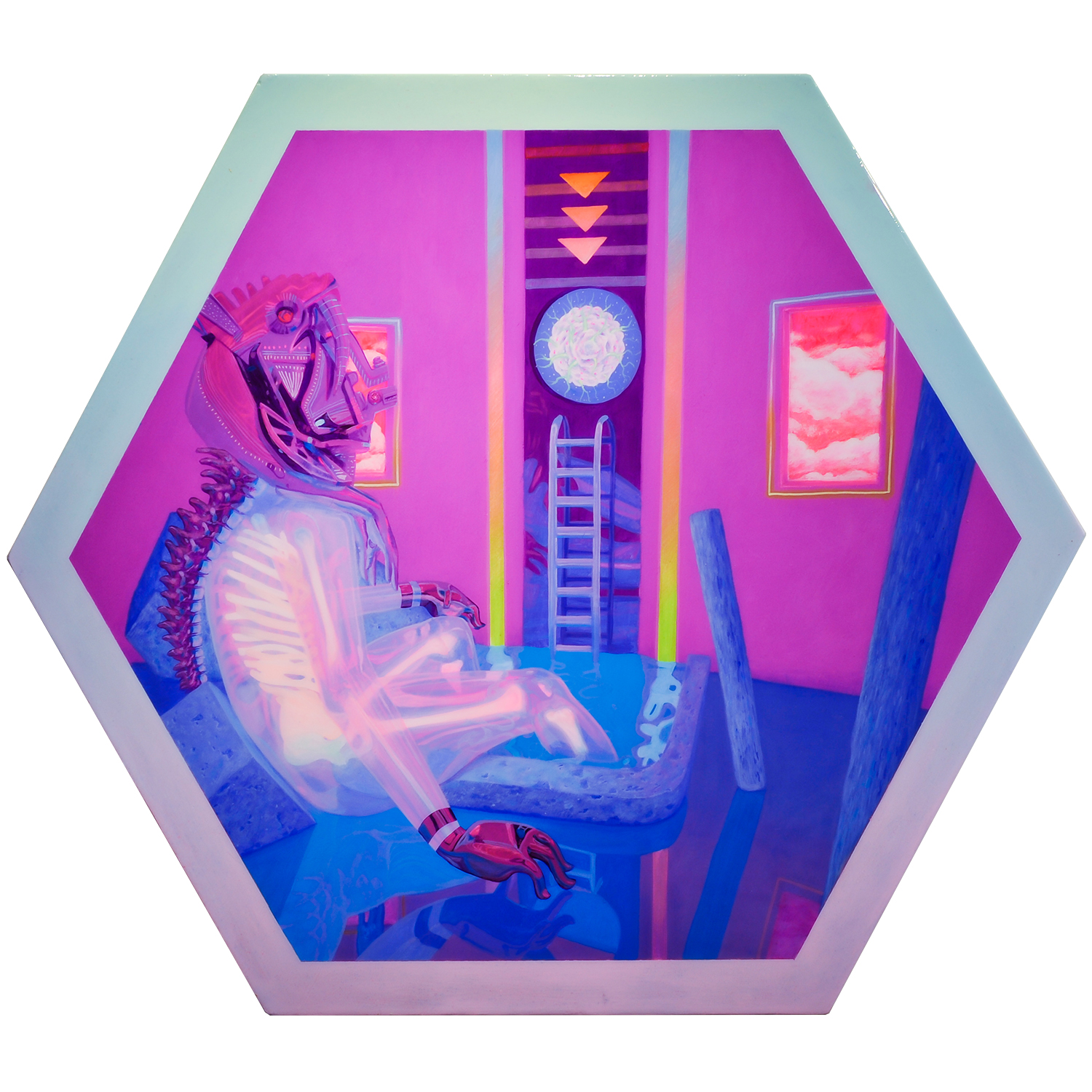 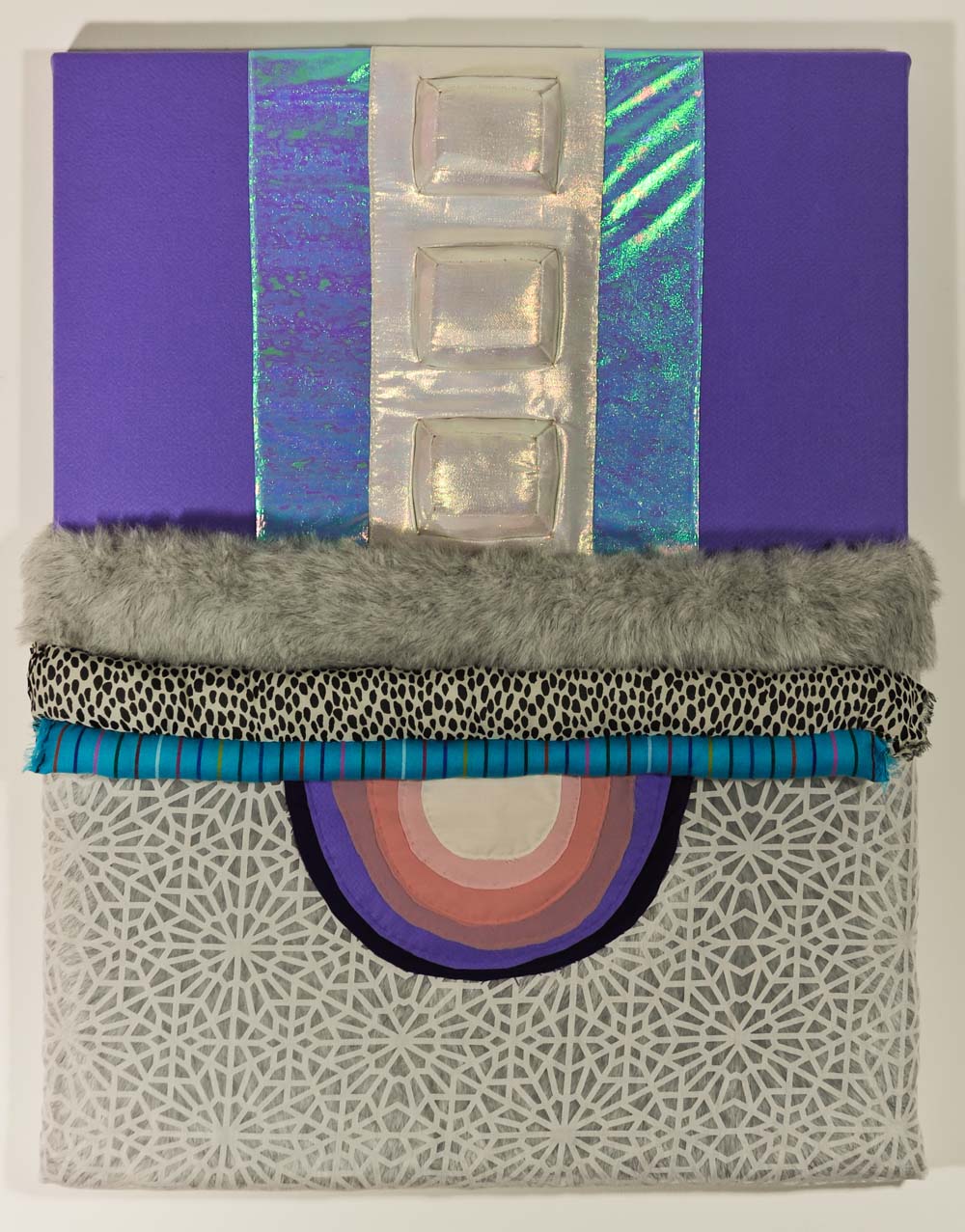