We are happy to announce Bomk’s latest limited edition of sculptures entitled ‘Fight for Love’. These were preceded by the ‘Aérotik Malpa’ collection that sold out in 1 hr. The new collection consists of a bras knuckle and its base, both are casted melted metal with hand finished process. These were entirely made at Exametal one of Barcelona’s most ancient foundries.

While the ancestry of brass knuckles goes all the way back to Roman Cestust fighting gloves, they were first mass produced by the United States during WW1. Today, they are used as a defense tool, as an effective strike force and to hit without damaging the bones of the hand that grasps them.

At first glance, the object is not aesthetically pleasing, it is rather hateful and cold. It can give the wearer the feeling of being physically superior, or it can induce discomfort to the other, as it is known as an object that inflicts suffering. On this new, distorted version, one can read the word “Love” carved with the iron which have replaced the shape of slots for the fingers, making it impossible to wear and thus be used as a weapon. This is against its primary function, and lends it a different, paradoxical meaning.

The first meaning of this work is “Love can strike you with a fist”, which marks the existence of a person, hitting us as a cupid arrow would, without notice. Alternative interpretations which may come to mind include “Love is a struggle”. Because beyond the immediate emotion there is a rare gift that speaks, which has to be fed, and securely holds us like the seized iron. Another may be: “Fight to perpetuate Love”, a faithful twist to the original idea. This sculpture diverts hate, but retains its power to highlight all that is good in us. Beyond a simple object it becomes a concept, an idea, a noble and pure symbol. 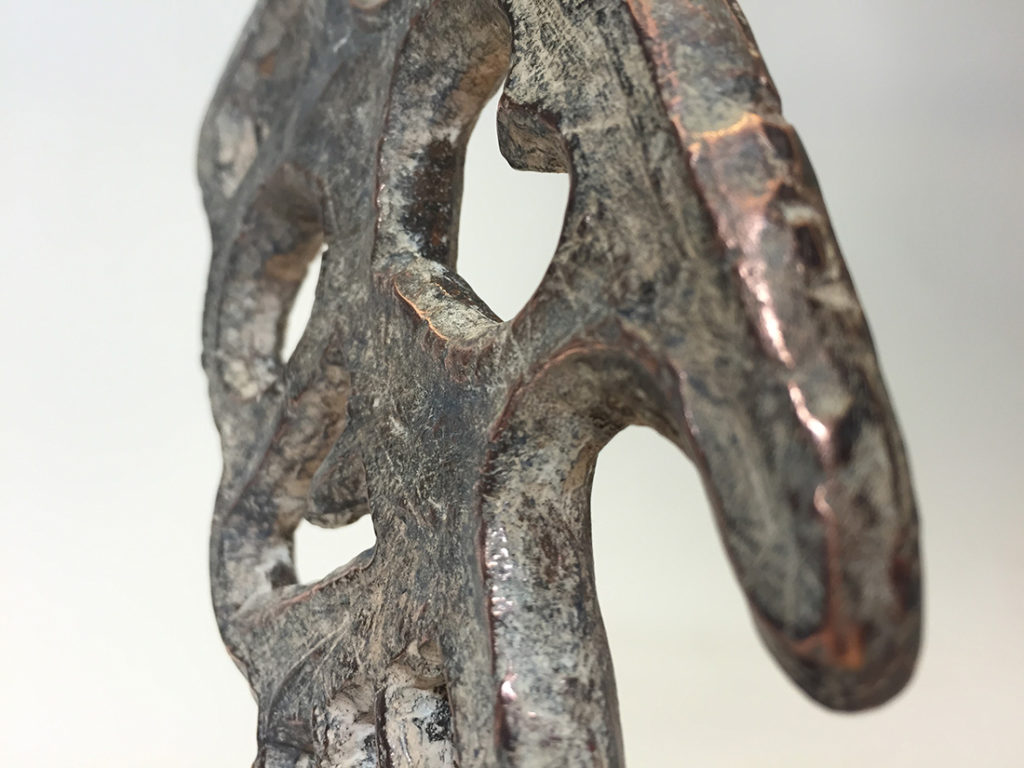 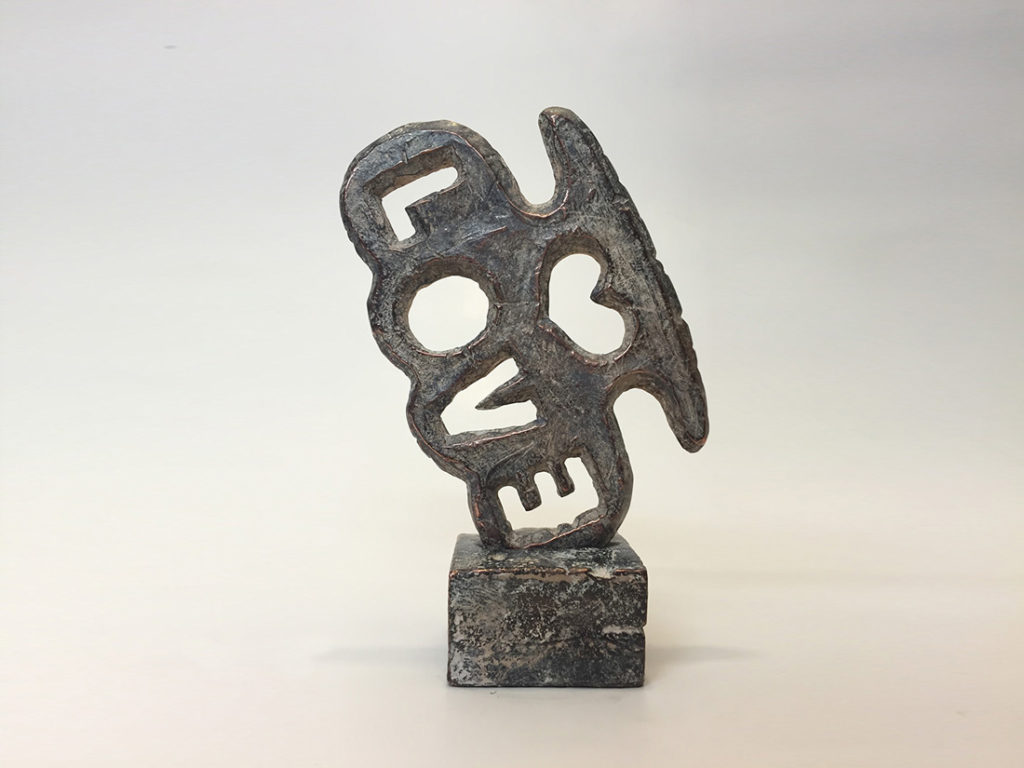 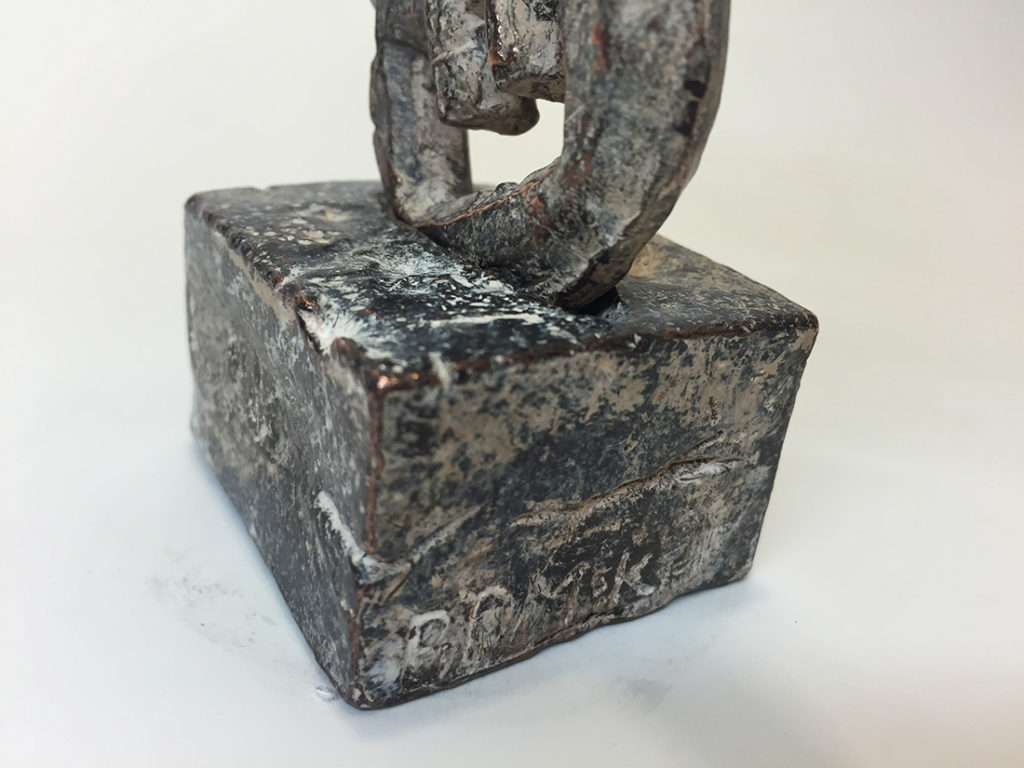